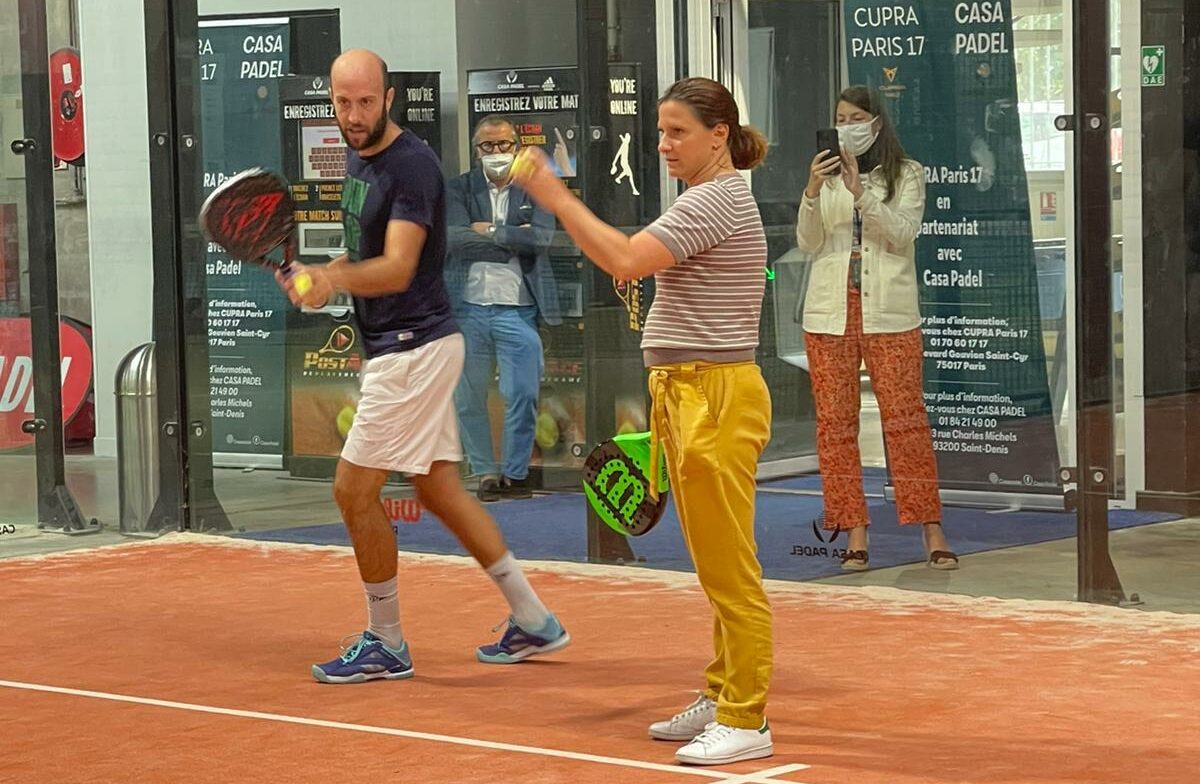 In the context of the implementation of health pass, the Minister for Sports, Roxana Maracineanu went to Casa Padel Uno, in Saint-Denis.

The Minister at padel, a great promotion for our sport!

It is above all proof that the padel is a sport that is gaining more and more importance in France! After Patrick Kanner, who had tried it at Place du Capitole, and who had predicts a bright future, it was Roxana Maracineanu who was able to hit the ball Home Padel One !

The Minister for Sports, a former swimming champion, came to visit one of the biggest clubs in France. She took the opportunity to play a little bit, under the advice of the sixteenth French player Dimitri Huet, as you can see with the video below:

In addition to testing the activity, the Minister was able to discuss the necessarily delicate implementation of the health pass for clubs. As José Manuel Escoin, President of Casa, said Padel, “The staff in our establishments are young, and therefore less vaccinated and more reluctant to do so. And he resents the controls of the health pass and the administrative difficulties that it generates. We must be supported to face the problem of recruiting and retaining our teams. "

Roxana Maracineanu, Minister Delegate for Sports, visited this Wednesday, July 30 in the largest center of Padel Indoor from France, Casa Padel Uno in St-Denis, welcomed by the sub-prefect of Seine-Saint-Denis.

She was able to test one of the 12 courts of padel, being very comfortable on the court, and discovering the restaurant favoring small regional producers and co-working, fitness and well-being spaces.

The opportunity to discuss the health pass, the protocol in force, the economic issues and the resumption of activity since June 9, 2021.

Home Padel Uno participates in the promotion of Padel and the practice of sport and its benefits to strengthen immunity against all forms of physical and mental illness.

The commercial sports leisure sector will be a source of proposals to find the most suitable support measures for the sector, whether it is to promote the resumption of physical and sports activity by practitioners. ”