In the final, the Salines / Carité pair were opposed to the formidable French pair: Ferrandez / Ritz.

What to say about José Luis Lara Salines?

The Spanish has managed a great tournament delivering a particularly impressive performance even if his old demons can still resurface. But in this finale, he does not seem to have been particularly provocative.

Jerome Ferrandez, who speaks perfectly Spanish, seemed particularly annoyed and nervous. Even Jérémy Ritz, who has an exemplary behavior in general has struggled to contain himself on this final like this ball that he will send far into the sky due to some frustration on the ground.

What we believe is that these two players were aware of their fate and especially the non selection of Jerome Ferrandez in Team France Padel for the World 2018 qualifier.

And the selected ones for the 2018 World Qualifiers are ...

But next to that, Salines managed to offer a very high level of play despite some irregularities of Cédric Cartié during this first day. Able in the air to hit hard as to play while touched.

Cédric Carité went on a diet during these two days. A complicated start, but a much better finish.

Ladies side, unfortunately, we will not manage to go to the end of the competition because of the rain.

2 pairs in the first place of the podium!

The International Tennis Center of Cap d'Agde intends to do more in the coming months. Yannick Martinez, the director of the center told us clearly yesterday during our interview.

First of all, an additional semi-indoor padel court will complete the padel offers already offered to the club. Then the club will host the finals of the famous Padel Infinity circuit. The club hopes to be able to inaugurate its new ground at that time ... 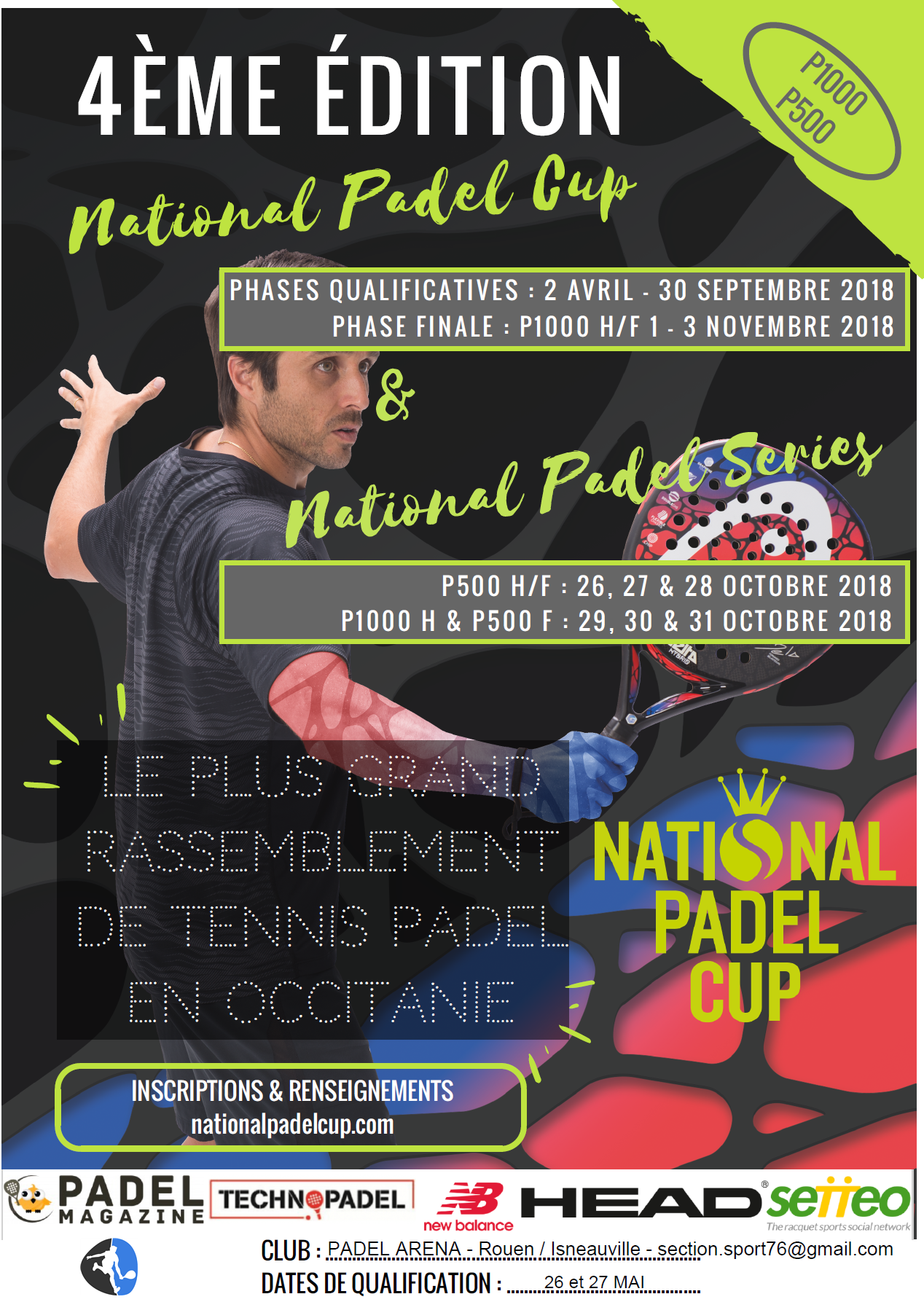