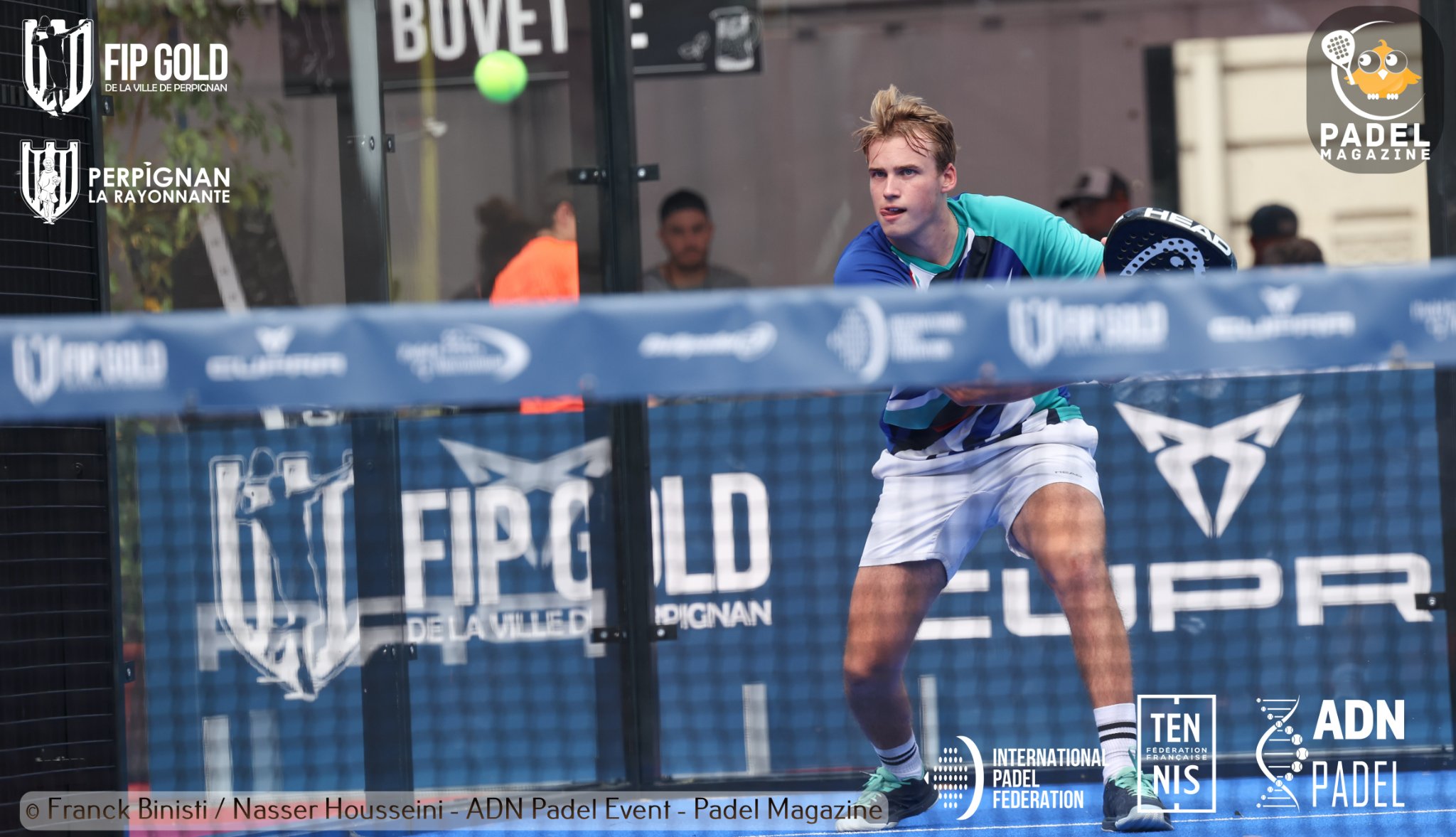 Defeated in the 16th round alongside Ricky Martinez during the FIP Gold Perpignan, Sam Jones went on the microphone of Padel Magazine to come back to the meeting, the evolution of the padel in the United Kingdom as well as that of his career.

Padel Magazine : Sam, first question how was the meeting?

Sam Jones : “It was a good match, we lost in 3 sets. The first set we won, we were leading 4-1 and we thought that we had a good chance of winning this set quite easily...but well, things got complicated but we still ended up winning. round 7-5.

In the other two sets, honestly my physical condition dropped at key moments and unfortunately it was essential to keep my level of play from the first set. We ended up being pretty much dominated: 6-1 6-2.

But it was a good match for us, we fought well, it was just difficult to keep the level of the first set over time and especially when my physique let me down. »

Padel Magazine : In the first set Ricky and you were maybe stronger, more complete. However, what was the key moment, the turning point of this match?

Sam Jones : "In the first set we played really well, and in front of me I think they didn't play their best. padel. In the second and third, they obviously raised their level and conversely we dipped a bit, especially physically.

The level we were playing was based on explosiveness, the ambition to always go forward and be aggressive at the net…and then they changed their game plan, and they were better than us in every aspect of the game in the second and third set. »

Padel Magazine : If I understand correctly, the physical aspect played an important part in this match. Do you think that in the next tournaments this will change and you will have more chances to go further?

Sam Jones : " Yes of course ! Now I realized that fitness is really a key aspect of the game. So I'm going to train a lot to sort that out, because in terms of level I can absolutely compete with these players. But the difference is that they can play at this level for 15 hours a day, while I can only play at this level for 1 or 2 hours. That counts a lot.

I really realized that maybe the shots don't need to be 'that good', but the condition needs to be 100% and I'm definitely going to work on that now. »

” In Spain we warmed up on the courts of padel, before my tennis training sessions “

Padel Magazine : Now let's talk about your career. How did you start the padel ? What were the things that made you fall in love with padel ?

Sam Jones : “I've always been a guy with a passion for racquet sports, I've played tennis all my life since I was 3 or 4 years old.

I used to go to Spain to practice tennis and of course there the padel is very important. And suddenly we warmed up on the tennis courts. padel before starting our tennis training sessions and that's when I started to realize that I was having fun.

But in England it didn't exist, I didn't even know. It was when I was 15 that it started to happen in the UK and specifically at my tennis club. And that's when I started playing for the first time with a coach who gave me lessons in padel, and I was like “wow this is really fun”. I ended up playing more padel tennis at the end of that year and that's how the adventure began. »

“Years behind Sweden, Italy and France”

Padel Magazine : Most of the time, we talk about Spain, Italy and even Sweden, but not so much about the United Kingdom. How do you judge the evolution of the market for padel in England ?

Sam Jones : « The market is definitely growing, now there are more and more sponsors investing in it. The LTA (English Tennis Federation) has started to give more money to clubs to support their construction and development. In London, prices are generally very high and there is very little space, so paying the rents is very, very complicated.

London is obviously growing thanks to sponsors, but we are still years behind Sweden, Italy or even France. »

A summer dedicated to physical work

Padel Magazine : About your news, what are the tournaments where we could see you soon?

Sam Jones: “I play a lot of FIP tournaments, I have the opportunity to travel a lot and I really like it. I'm 22 years old, I'm young and I try to take advantage of this experience to travel and explore the four corners of the globe.

I'm going to go back to London for a little break, well not really a break… I'm going to work on my physical form during the summer. And surely in August I will start traveling again and we will see what the future holds for me. »

To find the entire ITW it happens here: 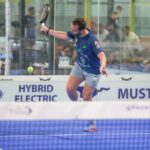