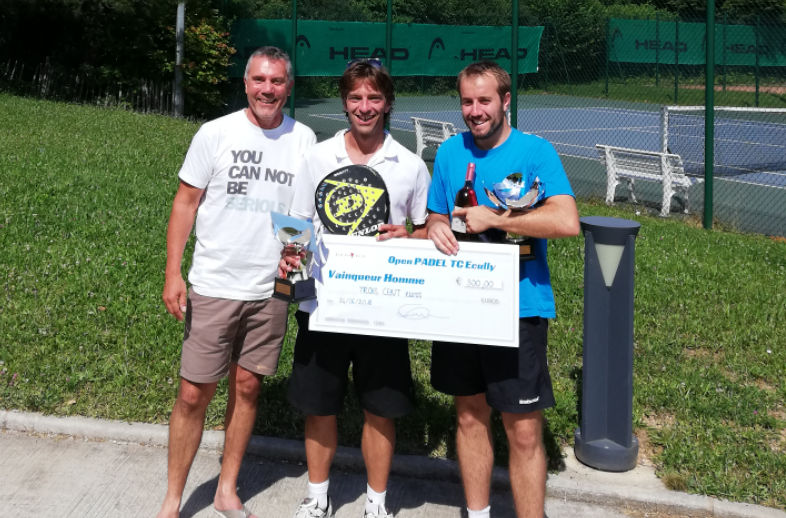 This weekend was the P500 club Ecully. This tournament was an opportunity to gauge the best pairs of Lyon a week before the League Championship Auvergne / Rhône-Alpes to be held at Esprit Padel from June 30. It was finally the pair Sanchez / Levrat who held his rank by winning despite a great fear in the semifinals.

The board was very consistent for a P500 with several pairs ranked in the top French 100. In favorites, the pairs Norman Sanchez / Jean-Yves Levrat and Maxime Boch / Benjamin Faure.

There was no surprise in the quarterfinals even though Taboni / Hugot needed a great tie-break to get rid of Salmon / Faure-Millot. In the semi-finals, Cyril Spanelis and Thibault Perreon were two points behind Sanchez / Levrat but that was not enough since the number-one seed 1 of the tournament managed to reverse the match to win 7 / 6 at the third.

In the other party, Boch / Faure mastered their match and won in two sets (6 / 4 7 / 6). The first two seeds of the tournament ended up in the final of the tournament and it is finally Norman Sanchez and Jean-Yves Levrat who won in the final on the score of 6 / 2 6 / 4. Both players show that they are in full confidence before the important deadlines of the next weeks.

This tournament has finally kept all its promises with beautiful matches, sun and good mood. Thanks to Referee Cyril Spanelis for the beautiful organization and the photos. The Lyon players are now meeting this Saturday 30 June for a tournament extremely raised Spirit Padel.