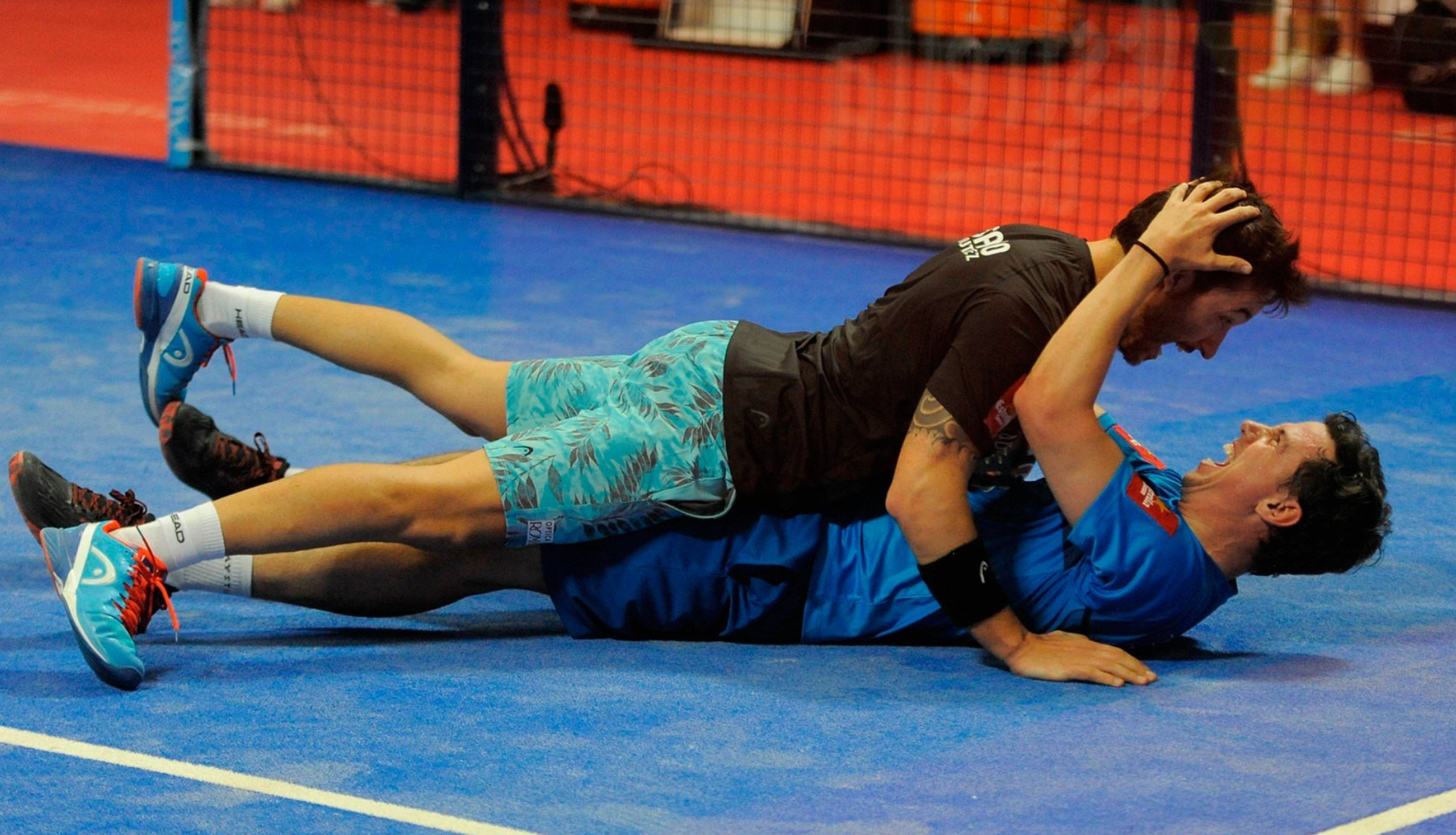 In recent weeks, the World Padel Tour is back on the run, with the show, new pairs that stand out and then ... surprises or rather half-surprises. Back on the flamboyant route of Paquito Navarro y Sanyo Gutiérrez.

What a week for Paquito Navarro and Sanyo Gutiérrez!

First in the semifinals, they achieve the perfect match by defeating the world's undeniable numbers: Fernando Belasteguin and Pablo Lima.

In recent times, the world numbers were unbeatable and also benefited from the many changes of pairs to reign supreme at the World Padel Tour tournaments.

But now, Sanyo and Paquito are certainly the most talented players of their generation. Young and talented, specialists predict a pair that we will see in the final very regularly and why not take the place of kings Bela and Lima.

A final at the top: The shock.

Against the world 2 numbers, Matías Díaz and Maxi Sánchez, the 3e world pair.

on paper, it's 50 / 50. The pairs are very confident. If Sanyo and Paquito have been on the water since the start of the tournament, Diaz and Sanchez have their final 2e in a row.

The match is a shock and the match will not stop swinging from one side to the other. It's finally at the end of suspense that Sany and Paquito win their match and the tournament on 2 tie-break (7 / 6, 7 / 6);