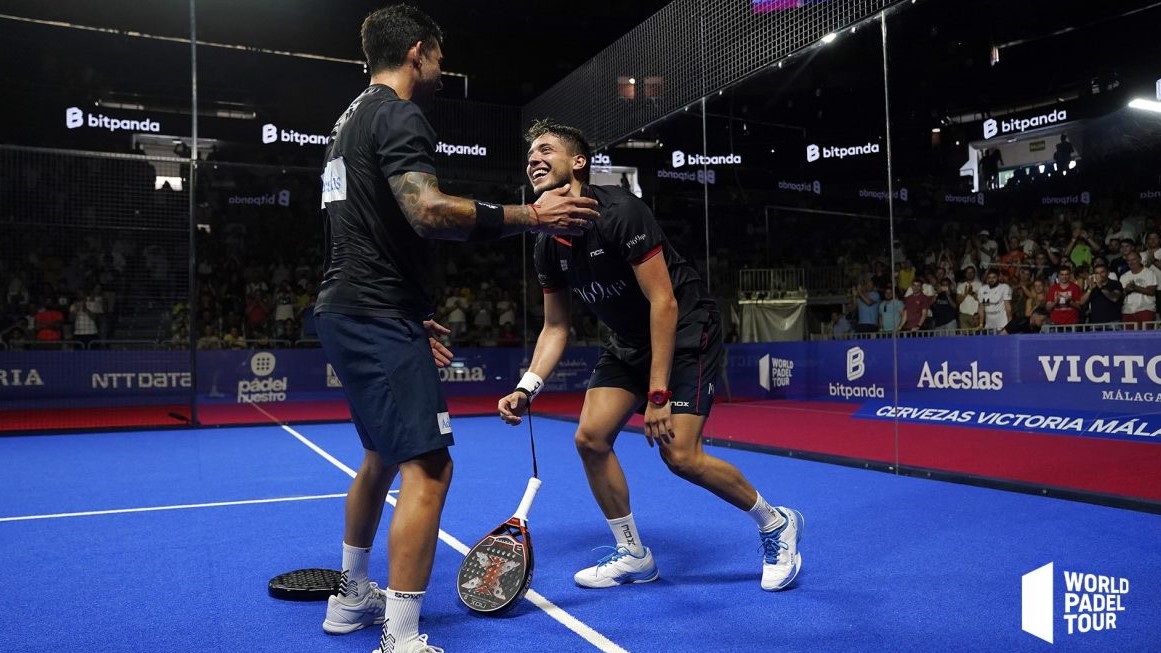 Victorious this weekend in Malaga, Sanyo Gutiérrez and Agustin Tapia achieved the perfect tournament in Andalusia with no lost sets.

When Lebron / Galan, Di Nenno / Navarro, Belasteguin / Coello and Capra Sanchez were eliminated as soon as they entered the running at the Malaga Open, Sanyo Gutiérrez and Agustin Tapia impressed with victories in two systematic sets and high-flying performances.

By adding the defeat of Chingotto and Tello in the quarters, we say that the best pairs on the circuit suffered a lot in Andalusia. If we know that the level of play and the conditions can change from one tournament to another, we say that a pair was clearly fresher than the others: Sanyo / Tapia.

Indeed, absent at Roland-Garros, the Argentinians who did not participate in the Major in Rome either (Sanyo was present in Doha but without Tapia and he lost in the first round), arrived much more rested in Malaga. While nothing should obviously be taken away from this pair, which is in second place in the WPT Race, we say to ourselves that they have an advantage over those who have participated in the three Majors of Premier Padel (like Lebron and Galan who were each time in the final).

Those who have already won five titles this season take advantage of their great physical condition to unfold a padel very high level and establish themselves as the biggest rivals of Lebron and Galan. But be careful because they will soon see their schedule fill up since they will make their debut on Premier Padel from P1 in Madrid! Will the Argentinians be able to maintain their hellish pace in these conditions?