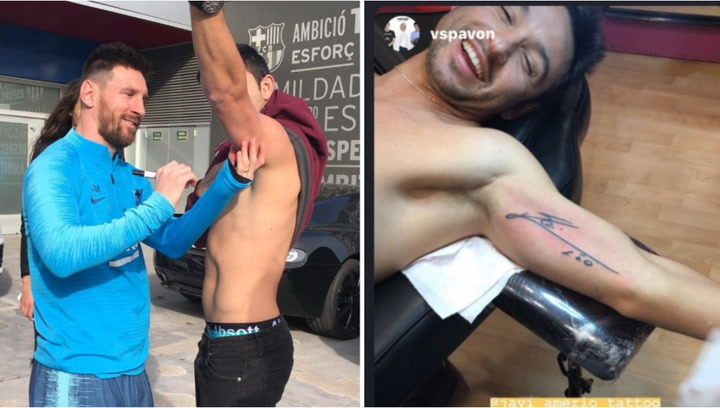 As an Argentinian and an unconditional fan of the football player, Sanyo wanted to meet Messi and came specifically to Barcelona for the Catalan club's 10 number to sign his autograph on his arm. But that's not all, Sanyo went one step further by having Messi's signature tattooed.

One might think that he's just a madman but Messi is considered a God in Argentina, like Maradona in his golden age.

Sanyo obviously knew Messi through the media but he had the chance to meet him and realize one of his dreams, notably thanks to his number one place in the padel World.

Max Moreau is one of the best French in padel. The Sherlock of padel opens the doors to the French and professional circuit. This expert in padel will not hesitate to intervene on the tactics and the technique of our sport.