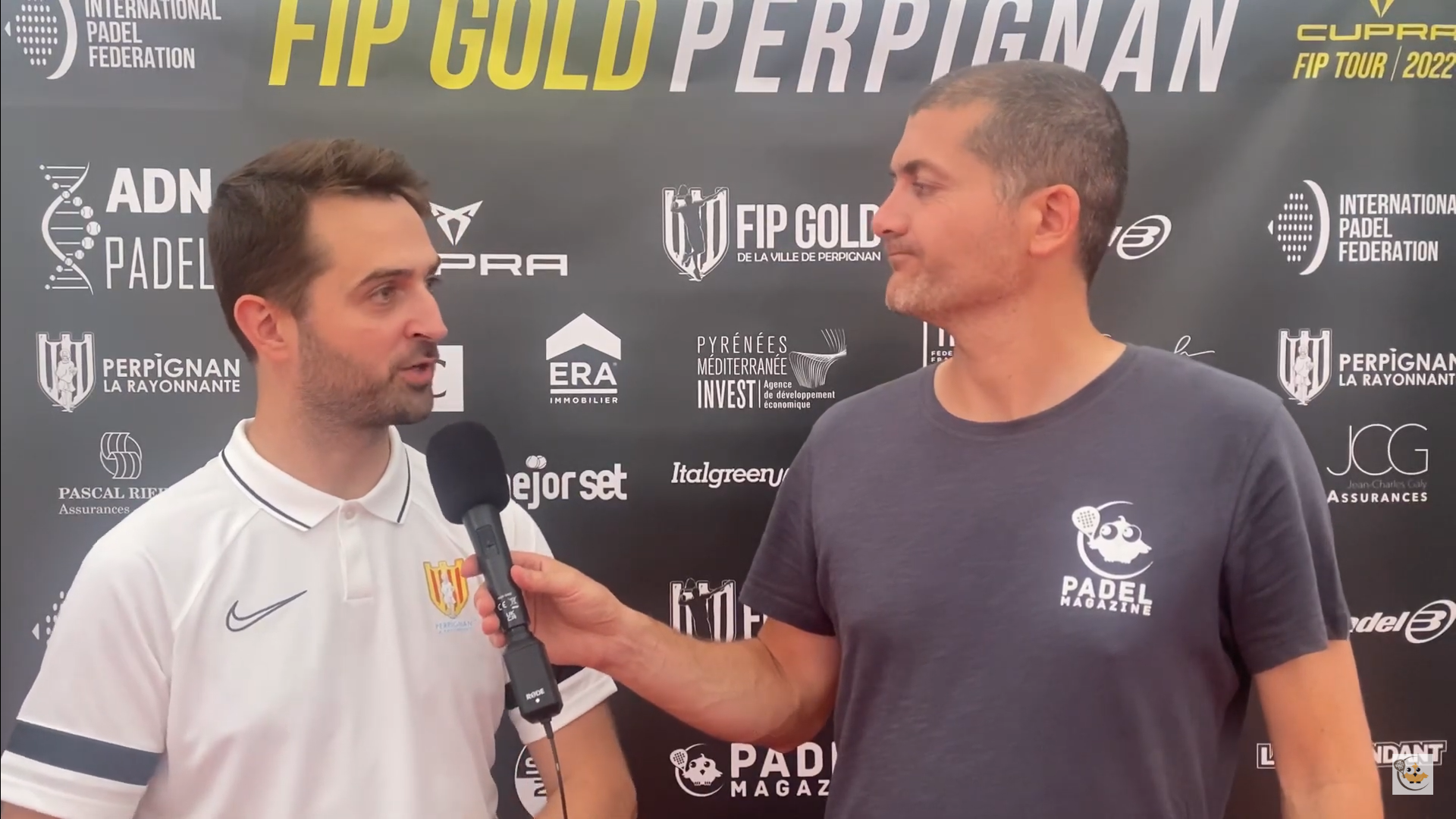 Present at the opening ceremony of the FIP Gold Perpignan, Sébastien Ménard Deputy Mayor for Sport of Perpignan spoke at the microphone of Padel Magazine.

Padel Magazine : I imagine that you must be delighted to welcome such a great competition in Perpignan?

Sebastien Menard : “Yes of course! We organize few big events and for some time we have been trying to remedy this.

And there it is true that the padel, which is on the upward slope, enjoys a beautiful location in front of the “Dames de France”, in front of the station… it really is a very beautiful setting to host the event. »

Padel magazine : Can you explain us the choice of this place? Why did you organize this FIP on the Place de la Catalunya?

Sebastien Menard : “A few years ago, a tournament of padel had been organized in front of the Castillet, but it is true that it lacked space. So there we looked for another space, and when we knew that there would be matches at night, we said to ourselves that we had to find a suitable place. In front of the "Ladies of France" it allows to have a beautiful image, to have a rather nice decor for this tournament and to promote the city much more interesting for us. »

Two tracks of padel additional south of the city

Padel Magazine : The city of Perpignan wants to invest more and more in this sport, what is the city's policy to promote it?

Sebastien Menard : “We already had some leads padel within the city's tennis clubs, and more recently the construction of two new tennis courts has been approved. padel south of the city where it was missing, more precisely at the sports park.

We will take advantage of this event to highlight the padel, try to attract the curious and the young. Then we're going to try to redirect them to the clubs in town, so that they can learn about padel and they stay there. »

A tournament that could be long-term…before the creation of other small local tournaments?

Padel Magazine : The objective is also for it to be a competition that lasts over time, isn't it?

Sebastien Menard : " Sure ! We will take stock at the end of this first stage, and if it goes well and we see that there is interest, the idea is obviously to keep it every year, to maintain it and rearrange it. Then afterwards we'll see if we don't have other events around, smaller or more local to accompany this big tournament. »

Padel Magazine : Already a successful tournament, because it has just started and there are already people who want to come, who want to play, and that's rather a good point!

Sebastien Menard : “There is the effect of curiosity, because it is true that demonstrations like this in Perpignan, there are not many. The fact that we are in the city center on a busy place, in addition it is the music festival next door, so it will attract people. This is really the right time to attract the curious. »