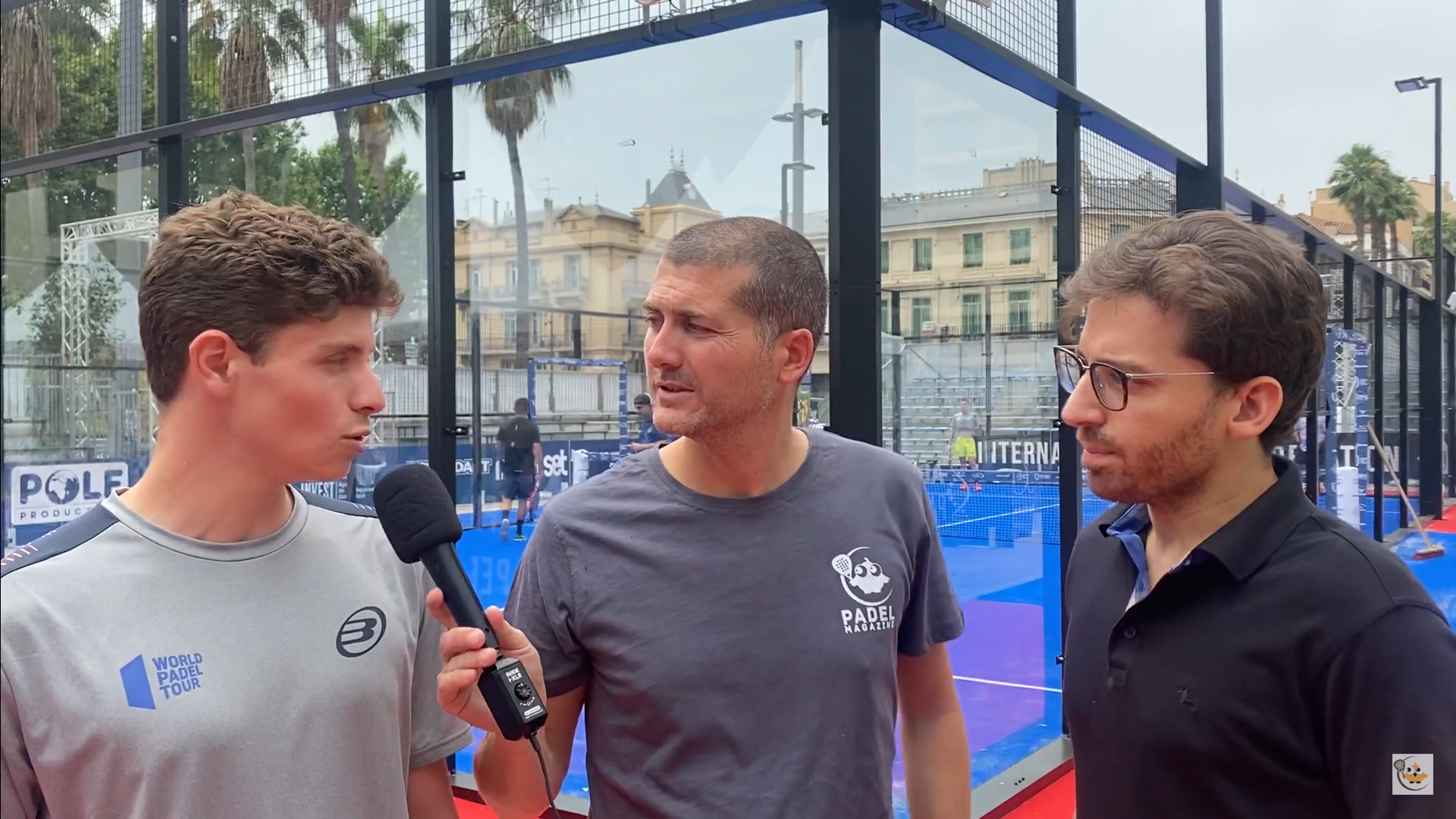 Present during the Fip Gold Perpignan, Selim El Araoui and Khaled Megdiche (Tunisian No. 1) spoke at the microphone of Padel Magazine. On the program: their vision of padel in Tunisia as well as the axes of development in their game.

Padel Magazine : You had already participated in a first FIP before playing here in Perpignan, what is your assessment of these two tournaments?

Selim : “The first FIP ​​we did was in Doha in Qatar, they really put us in very good conditions. It was great here too, but we played indoors in 40 degrees…so the conditions inevitably change. Physically we had a lot less juice, so congratulations to the French who beat the Spaniards today and who are in the previa final. Hat !"

Padel Magazine : Gentlemen, we are going to talk a bit about Tunisia with you. You are the number 1 in Tunisia today, how is developing the padel in Tunisia ?

Khaled : It grows, it grows. Slowly but surely ! There are quite a few clubs, in this case 6 at present: Sousse, Tunis, Hammamet and soon in Sfax.

The Tunisian circuit has just started with the Tunisian tennis federation. We did 2 tournaments, in May and early June and there will be two more tournaments soon. It's okay, things are moving forward! “

Padel Magazine : You are the Tunisian numbers 1, how many players are registered in the ranking? The level starts to rise?

Selim : ”There must be 70-80 pairs in the ranking, we will perhaps have 100 in a very short time. Beyond that, the intermediate level players are progressing, they are getting into the P1000 tables […], because we currently only have P250s and P1000s in Tunisia.

Padel Magazine : These are tournaments that are played in clubs, where in a format similar to what we see today: that is to say a central track in the city directly?

Khaled : “For the moment it is happening in the clubs, but we have a small project to organize one in the desert.”

Selim : “I think this project would be exceptional.”

Present at the FIP Gold Saint-Tropez, in Canet and at the CICP of the AECP?

Padel Magazine : I would like to talk a bit more about your projects: we see you more and more internationally !

Selim : “Yeah with Khaled we just played here in Perpignan, but we will try to see what is the next (international) tournament we will do. We will also normally be in Malaga for the International Club Cup of Padel of the EFCA.

Maybe in September we will go to St-Tropez, or to Canet in August. It would interest me a lot and Khaled too I imagine!”

Khaled : “We are going to schedule that but we may have to promise ourselves wild-cards (laughs), because the level will be raised!”

A development of padel Tunisian who will go abroad

Padel Magazine : According to you, what are you missing today to get through qualifying and get into the main draw more regularly?

Selim : “Playing players of a better level, traveling more often, having a lot of training under the supervision of a coach. The idea would really be to play with players who play at a higher level than ours in Tunisia, to be able to progress and potentially be able to bring foreign players to Tunisia for training, internships, it would be really interesting for everyone. the world, the whole community...

We tried to discuss with the French Top 25, we are going to try to bring them back to Tunis, so that they try to talk about their experience and show what they can do and little by little we are there. to arrive at. the padel Tunisia has a future!”

Padel Magazine : You mentioned previously the P250 and the P1000, which are the existing categories in Tunisia. Is it done on purpose to align with what is done in France in the end?

Khalid: “Exactly, since we lack experience we decided to follow the French system.”

Padel Magazine : And suddenly, is there a federation of padel Tunisian?

Selim: “There is no federation of padel but it is the Tunisian tennis federation that helps us. It set up the creation of a license: the padel pass. We register on the federation website, we have our player license which allows us to see our ranking, our points.

To see the entire ITW it's happening here: