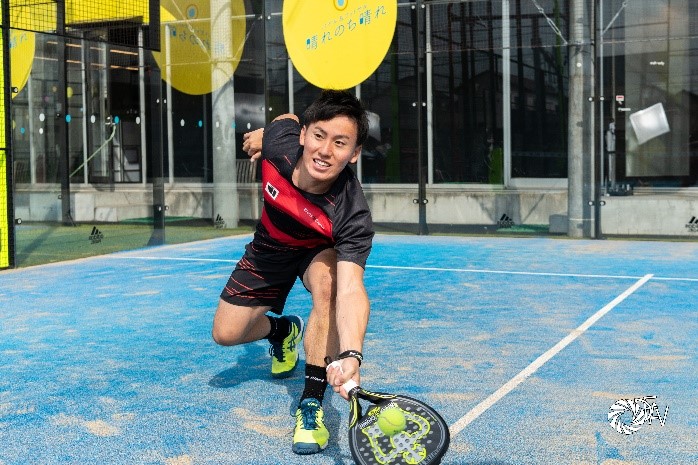 It's official: Japanese player Shungo Kusakabe joins the team  Black Crown ! First in the national ranking, brand new champion of Japan, he arrives in the dream-team of the spanish brand.

After starting his young career with tennis at the age of 10 in the USA, Shungo never stopped training until he reached university level. It is from this moment that the young prodigy will try his hand at padel and never let go.

Shungo Kusakabe confirms the hopes placed in him by remaining No. 1 in Japan for the second year in a row.

A player with a steel mind, hardworking and a very aggressive game!

Kusakabe is a very explosive, fast player, with a very aggressive game and who does not give the opponent any point by literally suffocating him with his atypical game. Hardworking and persevering, he fully shares the values ​​of Black Crown. In addition to his principles, the player is a reference on the courts, with a presence in the final for 2 consecutive years in his championship, and no less than 24 victories.

A player that it will be interesting to follow outside his territory to see if he can still pass a course by holding the high dragee to confirmed players during international tournaments.