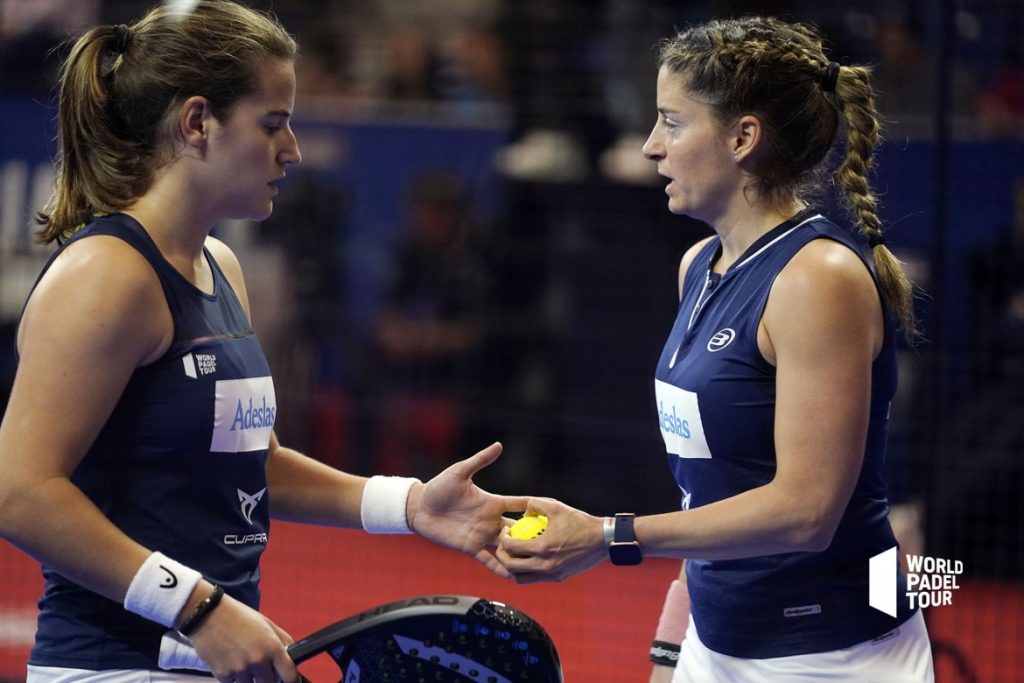 It's time for the finals of the 2020 Spanish Championships, with some great matches in prospect today at the WiZink Center: Galan / Belluati vs Diaz / Navarro and Sanchez / Salazar vs Amatriain / Llaguno.

In girls, after the surprise signed Amatriain / Llaguno in the semi-finals, Alejandra Salazar and Ariana Sanchez were wary of Osoro / Navarro. After a first set a little hung, the players of Manu Martin unrolled, to win in the end 6 / 4 6 / 2.

Ale and Ari are obviously starting favorites but Patty and Eli have regained their confidence in knocking out the seeds 2 and 3, and they would love to pin the seed 1 to their hunting roster, a pair they have. already beaten this season ... We expect some very good padel, this morning at 10h00.

Immediately after the ladies' final, it's time for the men with a magnificent poster between pairs who have still not lost a set! Yesterday morning, Ale Galan and Juan Belluati were impressive against young Coello and Ramirez: 6 / 0 6 / 1 !

Later in the afternoon, Juan Martin Diaz, who turned 45, and Paquito Navarro did not give Uri Botello and Javi Ruiz a chance either: 6 / 1 6 / 2 ! It is therefore two pairs in great shape who will present themselves this afternoon at the WiZink Center, and we expect an incredible show!

Unfortunately, like yesterday, no streaming on YouTube, since the meetings are broadcast on Spanish television, on Movistar + Deportes.