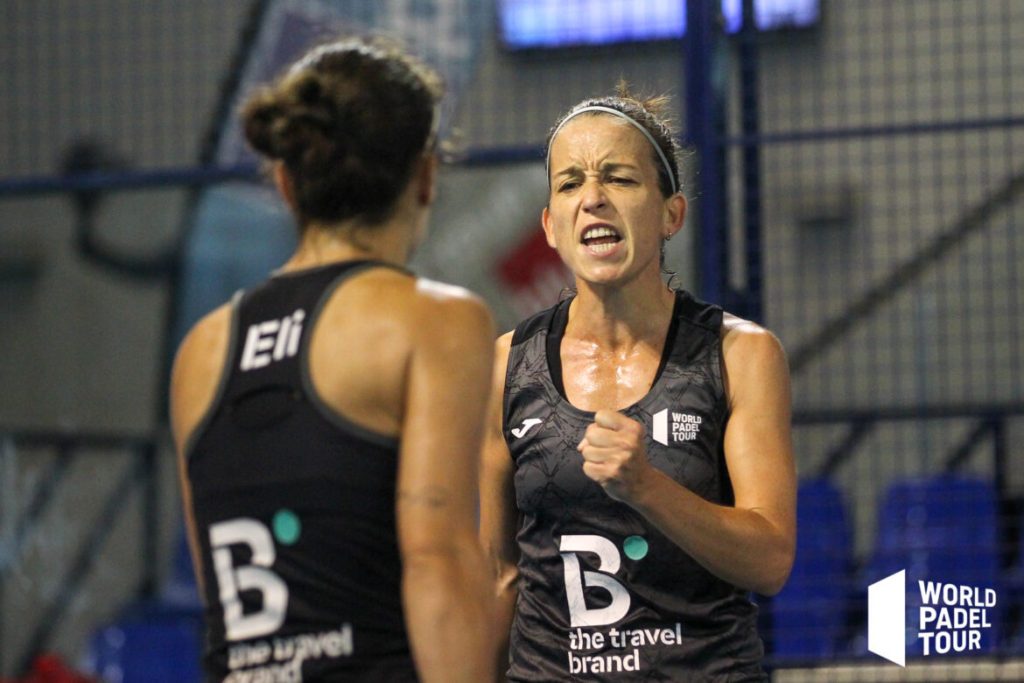 After their victory yesterday in the quarterfinals against Marrero / Ortega, Patty Llaguno and Eli Amatriain dominated Sainz / Triay in the semifinals of the Spanish Championships!

Not favorite against the pair in the shape of the moment, Patty and Eli once again showed great combativeness and mentality to get by in the tie-break of the third: 6/2 2/6 7/6.

A second victory in three sets in two days, and above all the number 6 seed in the tournament eliminates in quick succession the seeds 2 and 3, to climb into final of the Spanish Championships padel ! Their opponents of tomorrow have been warned: Llaguno and Amatriain have their teeth!

The other semi-final will take place from 17h00 and she opposes Salazar / Sanchez to Osoro / Navarro !