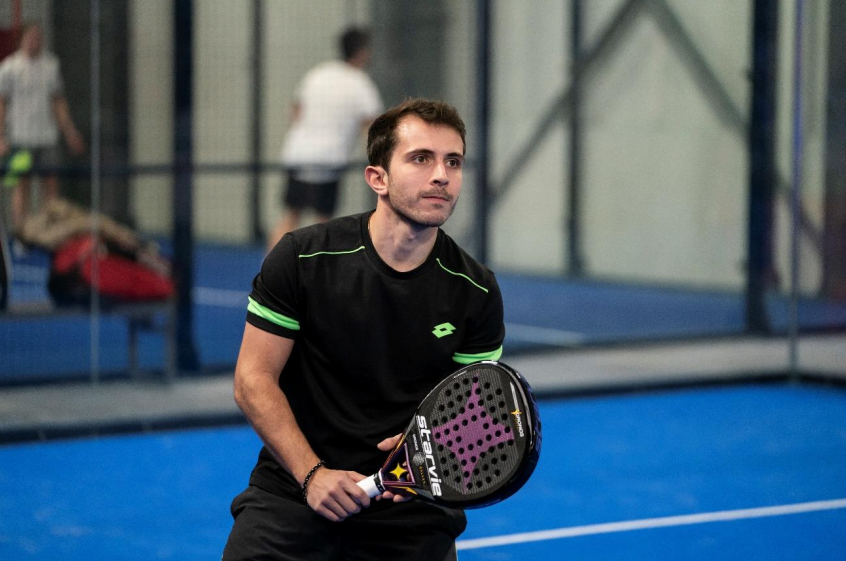 The weeks follow each other and look alike for Starvie which connects the contract extensions of its “nuggets”. After Jesus Moya, it's Lucas Bergamini's turn to renew his contract with the Spanish brand until 2025.

Currently 47th in the WPT ranking, the Brazilian player who has been under contract with Starvie since 2017 did not hesitate to extend the adventure with his equipment supplier.

With this renewal, the company is committed to supporting young national and international talent, padel and its dissemination through its StarVie team. Jorge Gómez de la Vega, CEO of StarVie, comments: ” It was a clear goal to continue to have Lucas in our squad. It represents many of our values ​​and we are delighted to have the union extended for another three years. “. For his part, Lucas Bergamini is happy to continue being part of the brand. “They bet on me from the start and they continue to do so. I am very happy to add additional years alongside them”.

Bergamini, a lover of padel

Born in 1997 in Bento Gonçalves, Lucas was immersed in the environment of the padel that he loves so much. And that's thanks to his big brother who was his coach until his arrival in Spain in 2017. He confided in himself about his ambitions and his career: “My dream was to become a professional player and live here in Spain. StarVie was the first brand to open its doors to me and help me achieve this dream.".

About the coming season, whoever plays with the Galaxy drones said his challenges were based on training first, to be competitive and get back to the level he had shown in previous seasons, since last year he went through some ups and downs. Lucas still has the same enthusiasm from the early days, to get the best version of himself and achieve great results in competition. He concludes: “the circuit and the padel are developing more and more all over the world and you have to be prepared, because the level is rising a lot year after year".