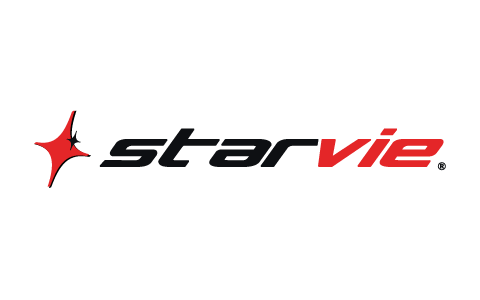 StarVie, leading brand in the global padel, open their doors. Discover his history, the why of snowshoe names as well as some anecdotes unearthed by Stéphane Penso.

StarVie is a Spanish brand created in 2002, dedicated exclusively to the production and promotion of equipment for padel. After a few years in Barcelona, ​​the company headed by Jorge Gómez de la Vega
moved to Azuqueca de Henares in the northeast of Madrid. She built there a factory where it manufactures 100% of snowshoes using only the best materials available, as part of an efficient artisanal process, giving the palas high characteristics and durability.

The manufacturing process of StarVie palas!

One of the best examples is the use of high quality and very strong laminated carbon fibers which are glued, unlike pre-glued carbon paper which has a higher breaking rate. This quality results in a very low return rate to the factory.

The carbon fiber suppliers Toray and TeijinCarbon (with its Tenax process) recognized worldwide for their expertise, are the two main suppliers of StarVie. As a result, each weave is accompanied by a technical sheet which defines each aspect of the behavior: the capacity of stretching, the return to the original shape after the strike as well as the density. Everything is measured to perfection and down to the smallest detail.

The participation we have in Research, Development and Innovation is one of the factors that sets StarVie apart from the competition.

Our main objectives revolve around a continuous and proactive research of new technologies and new materials, while improving the production process used to manufacture our rackets.

Our palas are a living example of innovation, creativity and technology, We make our passion our work, Explain Jorge Gómez de la Vega

head in the stars

In 2021, each name of the StarVie models is strictly related to terms of science, legends / myths and the universe (like the star in the famous logo).

StarVie, a brand of high-end palas, handcrafted, where all the details are studied, analyzed, improved for the good of those who grab them.

Find soon the test of the Raptor and Triton Pro