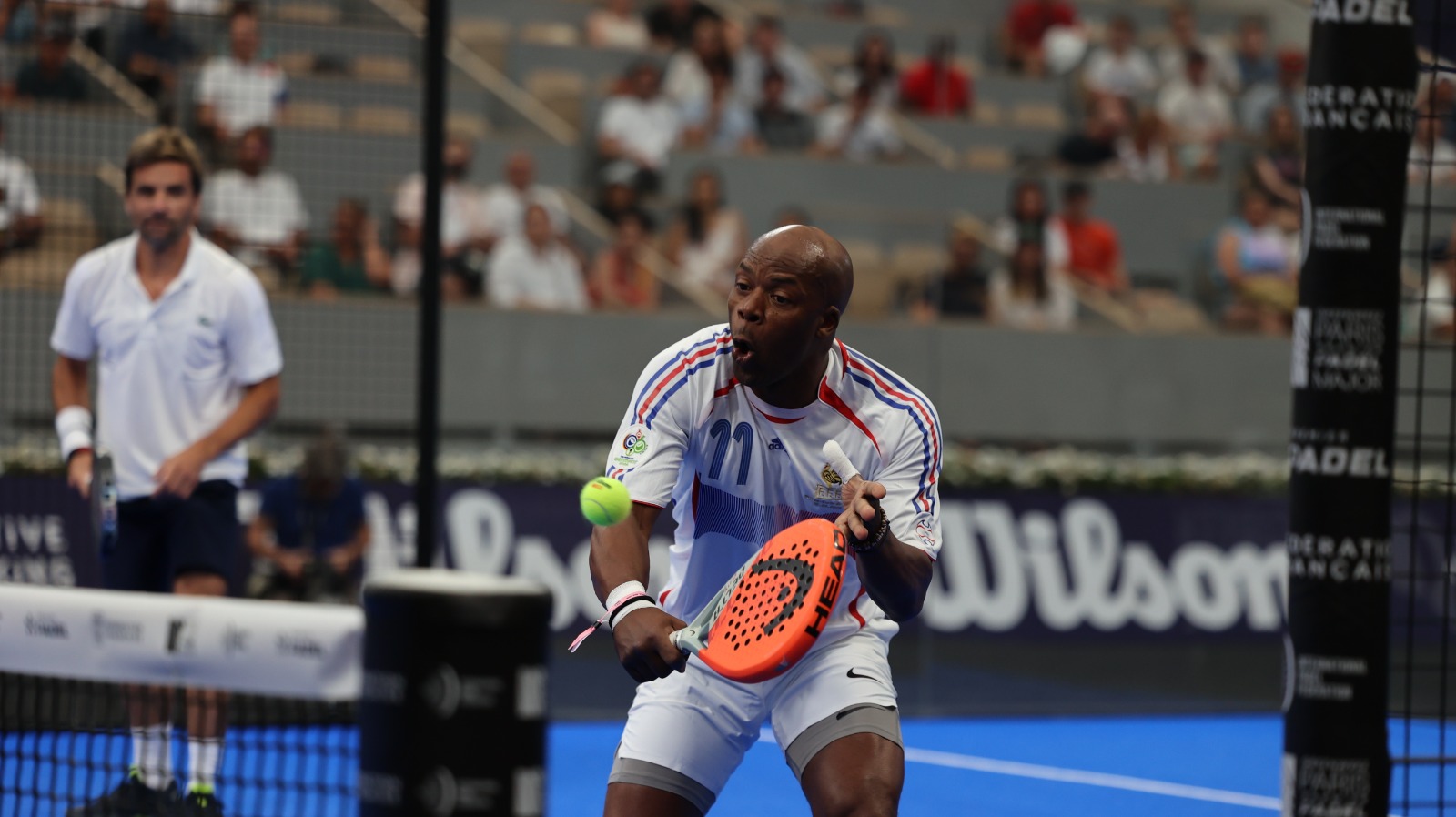 Recently graduated as Professor of padel, the former French international footballer Sylvain Wiltord went to the microphone of Padel Magazine when Greenweez Paris Premier Padel Major, after the exhibition match in which he participated alongside Ben Tison, Cyril Hanouna and Arnaud Clément.

"Playing on the central is extraordinary"

Padel Magazine : After playing the exhibition match on the Chatrier at Roland-Garros, do you have a program in other major “arenas”?

Sylvain Wiltord : “No, there is no program. The idea is to try to have fun as many times as possible on all terrains of padel.

It's true that there I have the chance to play on the central, it's extraordinary. Now at my small level, I'm going to do small P100s, small P250s… small progress, but there really was a great display.

I feasted, it was only kiff and that's the spirit padel. "

“If I can help them progress in this sport, I will be proud of it”

Padel Magazine : You are now a teacher of padel. How did you get here?

Silvan : “It's true that everyone was waiting for me on a football pitch as a coach… but as I was saying earlier, my passion for tennis took over. I loved working with educational teams in tennis, then unfortunately I got injured and I took over with the padel.

I passed a diploma and I am very very proud. It's true that it's in another area, I learned extraordinary things for six months and it did me good. That's what I want to give people: to share with a lot of humility and that people love the padel. If I can help them progress in this sport, I will be very proud. »

“Football helps us padel but.. "

Padel Magazine : Thanks to football, did you have the skills to become a football teacher? padel and have some assets in your pocket?

Sylvain: “Yes because it's true that football helps us. I have good legs, I have a sense of anticipation which allows me to anticipate certain shots.

But the padel is very, very technical, so it's not always easy.

So there are some advantages related to football but nothing beats training, technique..

I will continue to learn, continue my training and I will try to progress like that a little bit in the standings. »

Padel Magazine : Sylvain Wiltord in Spain to continue to progress, can it be done?

Sylvain: « Not right away… we're already going to progress in France and then we'll see about that later. Why not do internships there, because we know it's the country of padel ! "

The interview is available on video, right here: