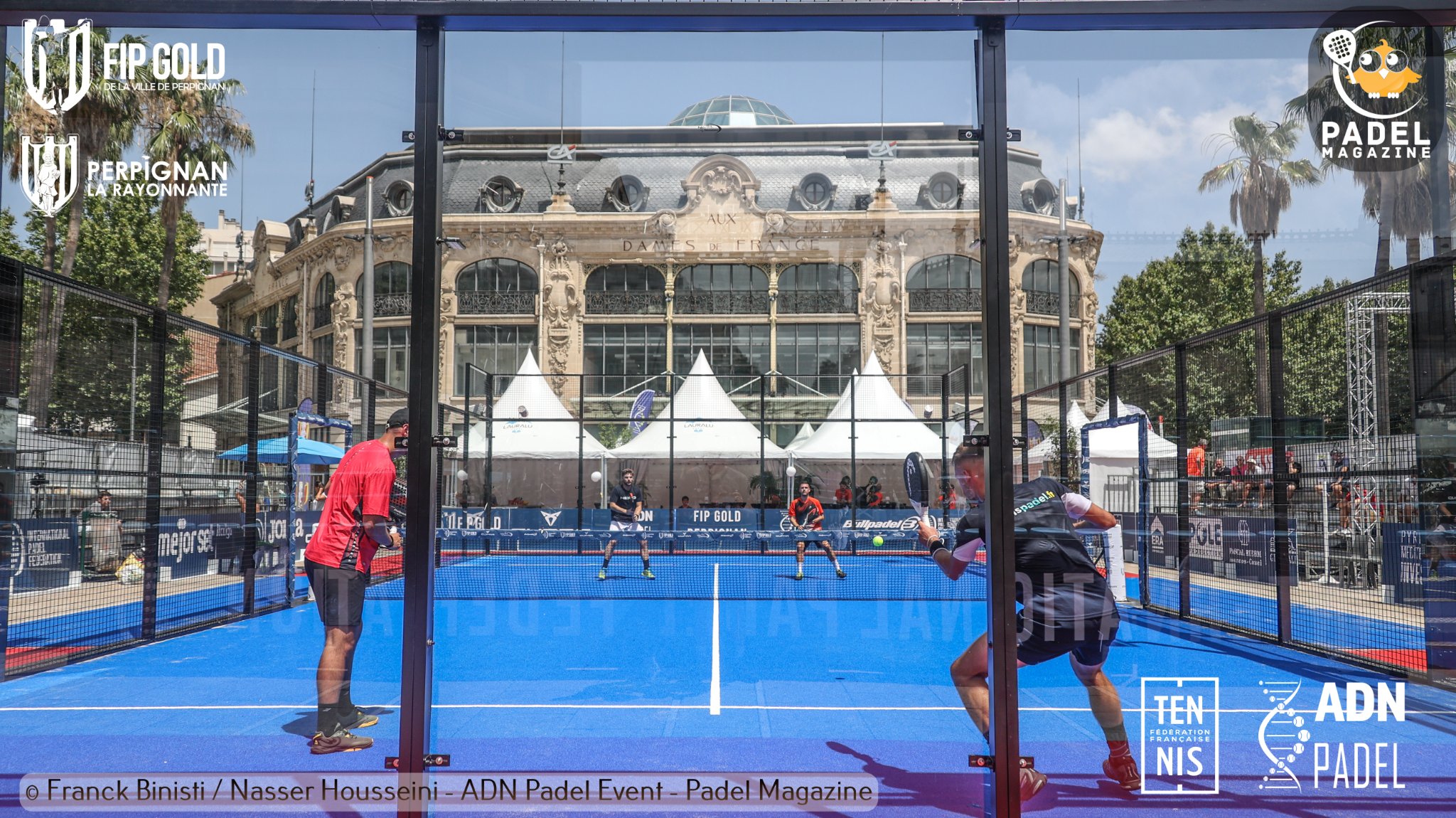 Le return of service is one of the blows that it is important to ensure padel. Just as during the service or first volley, you cannot afford to realize the fault with the return. So how to play it?

Let's pose the problem. You are posted at the bottom of the runway and must return. The ball arrives and you realize the foul. Free point for your opponents: too bad! Obviously you didn't try to make a mistake, but wasn't this one avoidable? Tactically you have to be careful, because if you lose the first point of the game, you start late and put your opponents in a good dynamic. For the player on the left, a 40/30 foul will squarely give the point to your opponents, while you were in a good position to make them doubt. So you understand the importance of the return.

Return at all costs

This is the first thing to consider. If you start from the principle that you must put the ball in the ground without taking any risk, it is already a big step. Don't go for the winning shot, but rather try to play the people at the net to force them to volley. It is better to lose the point after a good volley from the opponents than on a false return.

How to play returns?

There are two moments. When the game is tight and when you have the advantage. At 0-30 or 0-40 you can afford to go mad, but not at the start of the game or in a tie, for example. We will leave it up to you to imagine this “crazy” return.

As for all other returns, it would be best on a first serve to play from the bottom using the speed of the incoming ball. Practice handling bouncing off the side window so that you are as comfortable as possible. So first serve you return tense, without accelerating, in the direction, if possible, of the server. Why the server? Because he is the player who has not yet reached the attacking position at the net. He will be moving forward and will therefore have more difficulty playing the first end than his partner who will already be ready.

Take the center of the track as a reference. For you it's an area where you will make few unforced errors, and for your opponents, in addition to being a conflict area, it will be a difficult area, far from their base.

Finally, we talked about it in an article on the volley, for a volleyball player, a volley played from the center will naturally go to the center.

You have the cards in hand. Let's imagine that you return to the center on the server who will probably play in the center and give you time to go and defend the window exit. This is part of the basic game tactic that allows the server to serve and the first volley and allows the returner to deliver the first return without actually putting themselves in danger with the next shot.

And the second serve?

During a second ball, we are generally more comfortable. The simplest tactically would be to make a lob because you will be more precise. In your diagonal, towards the angle, you will have more room to adjust this lob.

Nothing obviously prevents you from playing from the bottom. The only thing to take into account is that during a second serve, the server will tend to play less hard, so he will reach the net more quickly, while on your side you will not be able to rely on his ball speed. You will therefore have to put some rhythm on your return to deposit the ball where you want it. It's up to you to see if you can do it!

The return of service must be designed for total efficiency 0 fault. Whether it's a first or second serve, you should always be looking to put the ball in. During a complicated first serve, pass the ball, during a “normal” serve, have your opponents play a first volley, and during a second serve, try to take the advantage in the rally. Let's go!