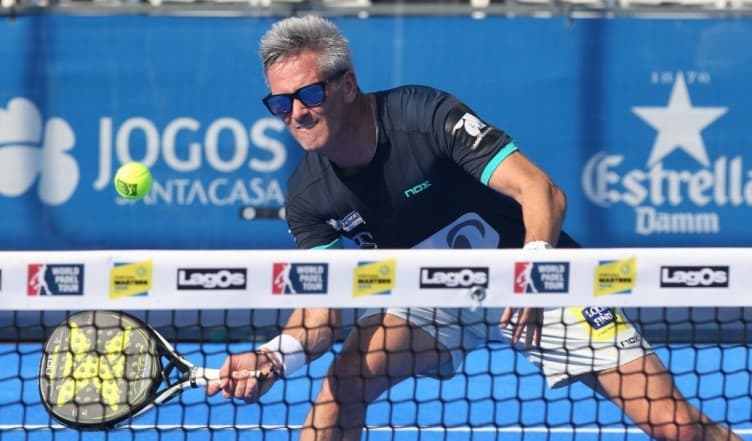 The fly is one of the major moves and one of the most used in padel. Did you know that there is not only one style of volley? Depending on the time or place, you can volley differently.

Let's quickly compare the padel other racquet sports. At tennis, volleys are used very offensively to end the point. The game takes place at the baseline, then when the opportunity comes, the players rush to the net to deliver the final blow.

Au squash, volleys are used as a hit to speed up the game and gain speed against the opponent.

As regards the badminton and Beach tennis, the volleys are made upwards because the net, in height, complicates the realization of aggressive volleys.

Finally, the volleys used at padel as well as net play are specific to our sport. And you will see that there are several types of volleys that you may never have thought of!

And yes, we can volley from the bottom of the track. You are on your line and your opponents are attempting a deep, fast ball, and you prefer to “block” it rather than let it pass using the glass. This end of the track is simply used to defend, to give the opponents one more ball to play. who are at the net. You will impact in front of you, either with both feet on the ground, or, if you have time, by moving forward to take time on the ball.

These are, or at least they should be, the most used volleys in the padel. There are 3 kinds.

Volleys played with the arm

These volleys there serve to put an end to the point. We are not looking for technique or precision, the goal is to "assassinate" our opponents. Some players tend to play only with the arm for all their volleys because their past has given them a “good hand”, but it's always going in the same direction or too fast.

This type of flight is carried out moving forward, always looking for the impact in front of you. We will find this volley during a very fast climb to the net, after a return of serve a little too high, we will also find it in advanced players to give more effect to the ball on some higher volleys. (played at or above shoulder height).

They are also volleys. The goal here is no longer to put your opponents in difficulty but rather to put back into the field a ball played with violence or simply played on your body. Block is the word. Well placed on your supports, you put the pala in opposition to simply pass the ball to the other side of the net. By leveling up, you can at the last moment try to finish forward, which will give depth to your shot.

If you take the tour, you will find that the padel is very complete technically and that simply in your “library” of moves, you can have 6 types of volleys only for the forehand. So of course it is difficult to have all these variations, but with time, training and awareness of the impact that this or that technique can have on your game, you will tactically grow and be able to go “tickle”. ”Players who were once inaccessible.