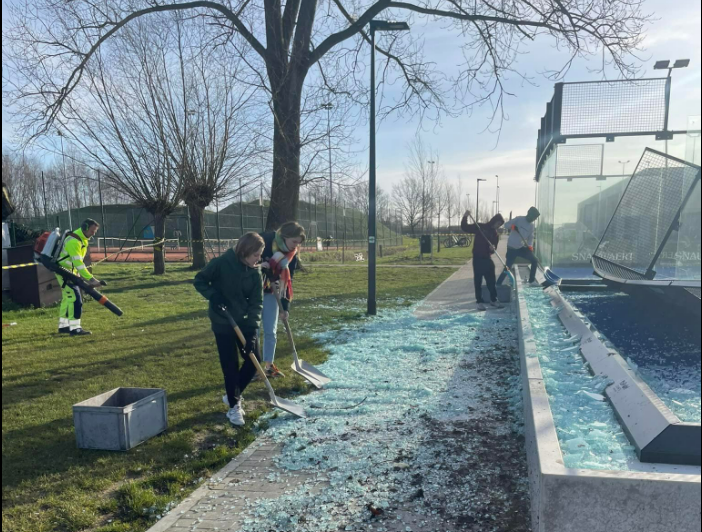 The wind has not gone unnoticed by many of us in some parts of the country.

However France was not the only one to be affected by the storm Eunice because other European regions have also felt the wind hitting their windows.

This is the case with our Belgian neighbors who unfortunately experienced some annoying material damage.

This weekend it was in the North of the flat country that the members of the padelmaene club woke up with a nasty surprise.

While the storm Eunice swept up everything in its path, the land of padel outside did not hold up against the gusts of wind the day before.

Result: several broken windows and unusable land for the moment.

It is thanks to the precious help of the volunteers who came to help collect the broken glass that the Flemish club will be able to do everything so that its members can return to play as soon as possible.

A beautiful surge of solidarity that sweeps away the miseries caused by the storm Eunice In the region.

It is rumored that at the beginning of the week it would be a storm Franklyn which would have taken the continuation of the events by falling down in the north of France.