The second stage of FFT PADEL TOUR 2020 à Metz scheduled from May 7 to 9 was supposed to be the first test of the French elite circuit in a public square in 2020. Unless surprised, the stage should not take place. 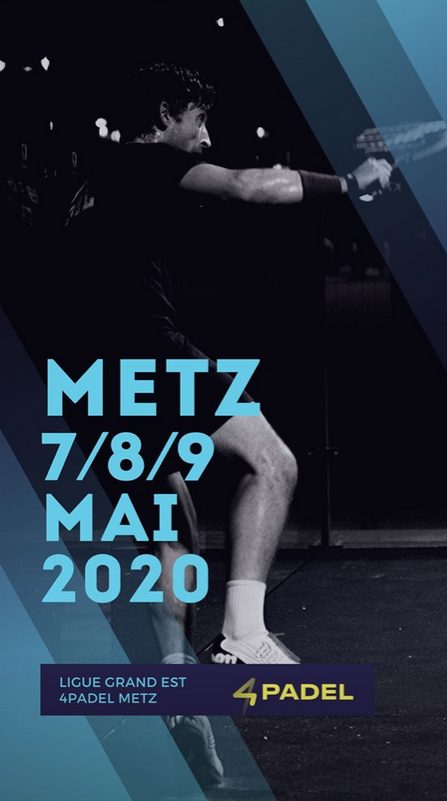 The reasons are obviously completely independent of the FFT. But the Coronavirus epidemic is raging in one of the most affected regions of France: The Grand Est region.

Waves Open 57, a major international ladies tennis competition planned for Moulin-les-Metz in late June, explained through the President of the Grand Est league, Lionel Ollinger, that the competition will not take place this year.

It is therefore difficult to see how the FFT PADEL TOUR stage on a public square in Metz could then take place in less than a month! (May 7 - 9)

The next stage scheduled from Thursday 11 to Saturday 13 June on a public square in Pau could be maintained ... Unless the health crisis is not over.

Especially since the professional tennis circuits (WTA and ATP) have announced that they will suspend all their tennis events until June 7.

A few days ago, the FFT announced the postponement of Roland Garros originally planned from May 18 - June 7 to September 20 -October 4.

The French Tennis Federation, through its President Bernard Giudicelli, explained that it would not take any risk for the players and all the practitioners it represented. The threat is too great and the FFT has shown great courage since the beginning of this crisis in applying the precautionary principle. It is difficult to see it taking the slightest risk today as long as there is a health threat.

The World Padel Tour could also announce soon postponing or canceling certain dates in April and May.