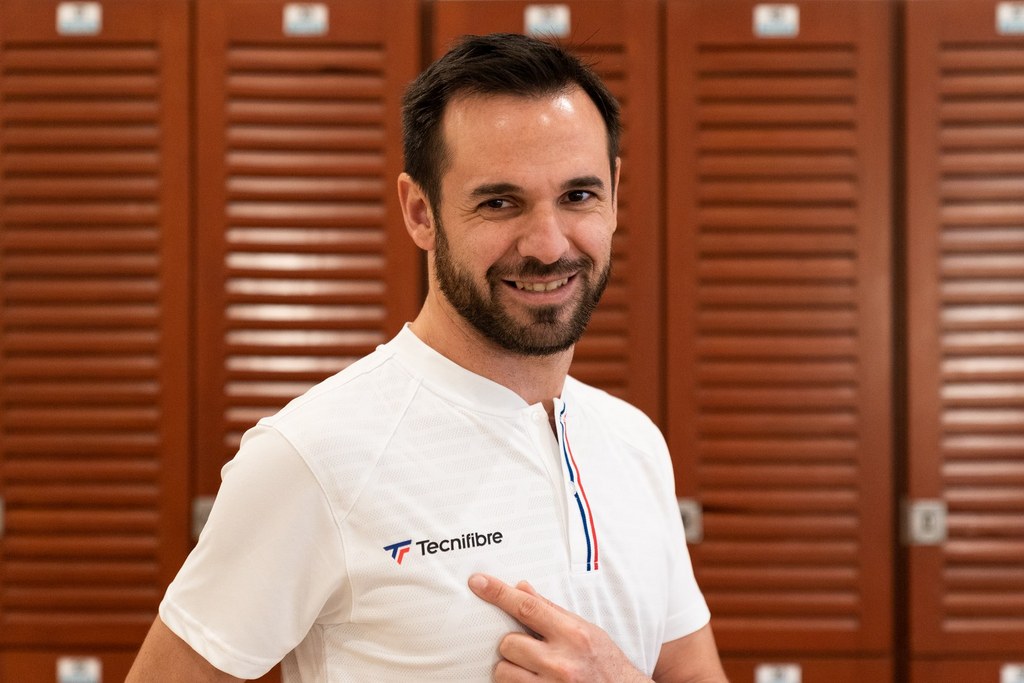 It's official, the French N°1 of the Padel, member of the Top 100 of the World Padel Tour, Benjamin Tison, decided to join Tecnifibre to achieve high athletic goals.

French and ambitious. These are the 2 adjectives that best describe Benjamin Tison and the Tecnifibre brand. Professional padel since 2018, Benjamin Tison now has great ambitions in this emerging sport, with the main objective of integrating the world elite of the top 48 players of the World Padel Tour.

Faithful to its “Players' Company” approach, Tecnifibre wishes to support Benjamin in his objective and help him unlock his potential by offering him products perfectly suited to his style of play and his characteristics. For this, the brand put in his hands the Wall Breaker 375, racquet offering the power and spin that Benjamin wanted. A pala of which he becomes the ambassador.

This partnership is also the affirmation of Tecnifibre's very strong ambitions in the padel, which is becoming a major development axis for the French brand now and for the coming years.

« I am very proud to join Tecnifibre, a brand that I know very well and with which I played for a long time when I was a tennis player. History continues today in the discipline of padel, and I am delighted to partner with a French and ambitious brand, like me!

«  We are delighted that Benjamin is joining us. I am very happy about it  in a professional capacity, because it represents today the reference  in France of the high level. And also on a personal basis because I know  Benjamin for over 15 years now. It is a superb human and sporting adventure that continues  »