In 2019, for the second time, the padel request exceeds the squash request in France on google. It's Romain Taupin, from Padelonomics who brought up this very interesting information on the state of the word padel on the web.

From August 12 to 18, 2018: First alert for squash request which is caught up by the padel request. At the time already, we had sent you this information. But history will not say that squash will take over afterwards.

And we will have to wait until May 26, 2019 to see the padel pass by the word squash on google. The beginning of a very good period for padel which continues its upward trend on the web while the word squash seems to have a downward trend since 2015. 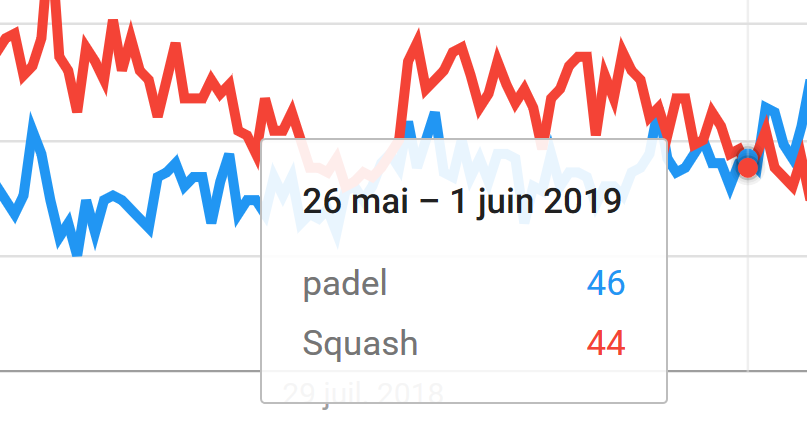 If there is not necessarily links between these two sports, we see that “padel” is taking more and more places on the net.

The squash request did not give its last breath. on the contrary: Since last October, the request is again before the padel request.

But we can sense that the padel request is on the rise.

2 French regions have also taken precedence over the squash request: