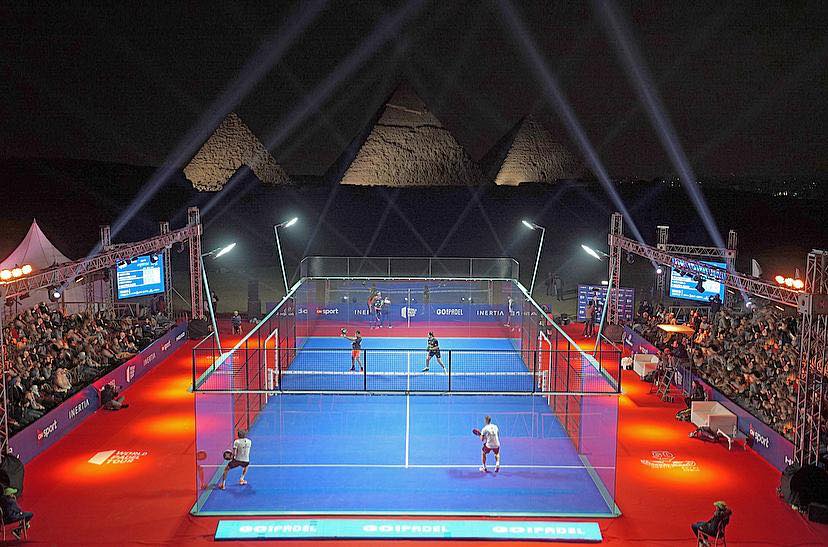 The World Padel Tour strikes very hard by offering a padel exhibition tournament opposite the Giza Pyramids, a complex listed as World Heritage by Humanity. The symbol is incredible. What a spotlight for our sport which currently lives on all continents of the wonderful hours that it has never known in its history.

Tonight, the best players in the world could play and enjoy an event that will forever be etched in their memories. And inevitably, racket fans remember this international squash tournament which took place in 2016. Moreover, in 2020, the International Squash Federation has promised all fans a new adventure in Egypt against the Pyramids.

Egypt is a regular at these major sporting events. To stay in squash, the Egyptian squash Open organized a month ago its final stages in front of the Pyramids of Cheops on a short glass. Guaranteed feeling!