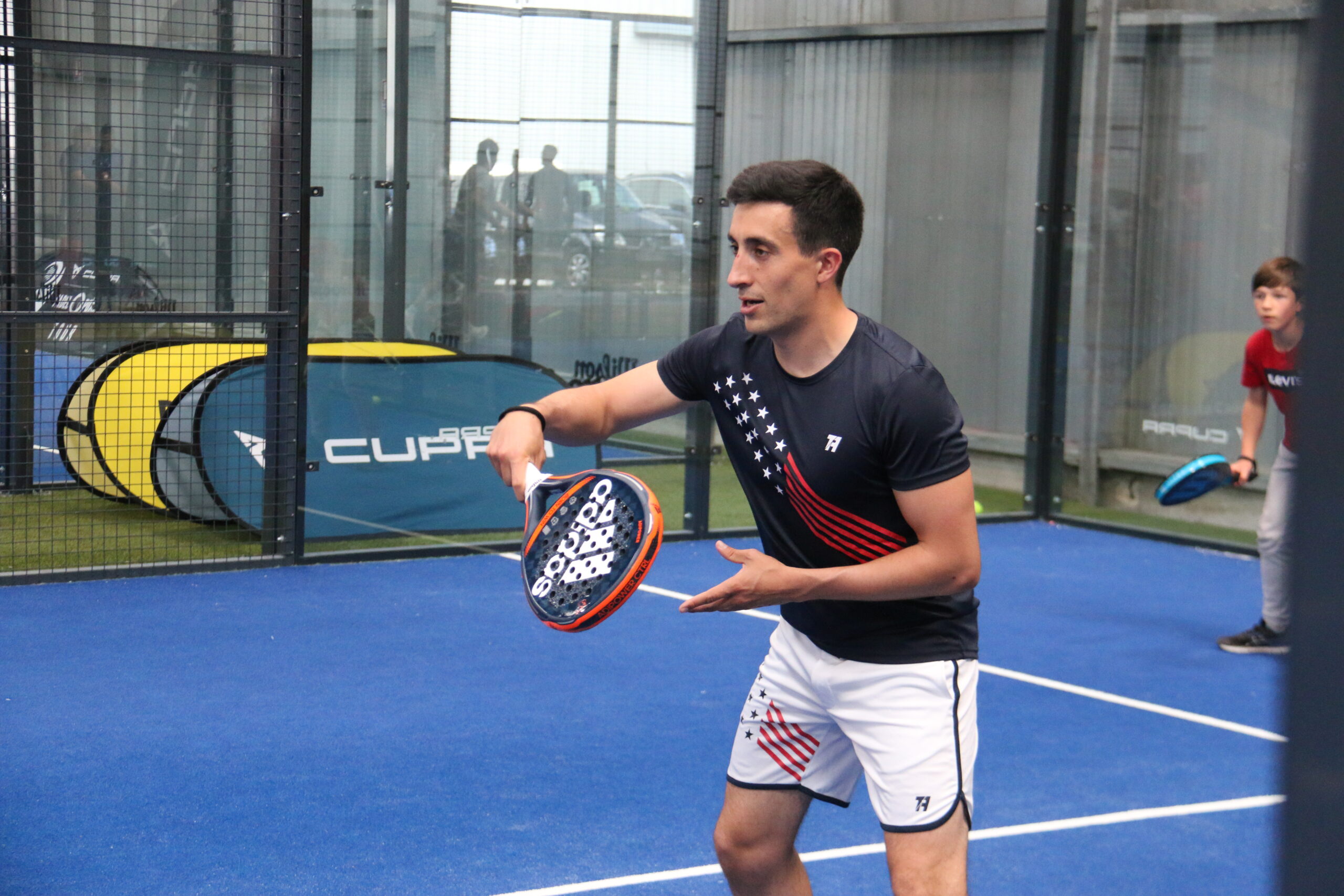 Freshly ranked 19th player in the French rankings, Tom Mitjana is one of the hottest players in the padel French. Met during the Caen stage of the Cupra Padel-Point Tour, he agreed to come back to the evolution of his career, his objectives as well as his presence on this amateur circuit.

Focused on the French circuit… but maybe at Roland-Garros

Padel Magazine : The new ranking is out, you are now 19th French player. Can you tell us about your evolution? Do you set yourself limits or do you intend to go even higher?

Tom Mitjana : “I'm super happy with my ranking, I never thought I'd get there. Afterwards when I do something generally, it's all the way. And again, it was. I was very lucky to train with the best players from the start, it helps a lot. And besides that, I train a lot and I have the possibility of doing a lot of volume”

Padel Magazine : Speaking of volume, can we expect to see you in more international tournaments in the Premier Padel, WPT or the APT? Or do you want to focus on the French scene above all?

Tom Mitjana : “It's true that for the moment I'm focused on France, alongside a good job that I really like. I can't make international trips, so I only do the French circuit. But you will see me on FIPs in France and maybe on the Premier Padel at Roland-Garros, in any case I will do everything to participate of course. »

Padel Magazine : Now I have a more general question for you, what are your personal goals?

Tom Mitjana : “Those who are assimilated into the world top 200 are those who make the international circuit and they are those who are best assimilated in France. That is to say that even by winning as many points as possible in France, soon you won't even be able to be in the top 10. So the top 10 is unattainable if I don't do the international circuit. So let's say that if I'm top 15 one day, it will be just amazing.

But I rather want to talk about level of play, because the ranking is not what is revealing in my opinion. I train thoroughly, I try to do a lot of physical work on the side: muscle building, stretching... I want to put the maximum chance on my side to be as strong as possible and my victory would rather be the level of game as the ranking. »

The “complete side”, the strength of the Cupra Padel-Point Tour

Padel Magazine : Jeremy Scatena came to our microphone to praise the playful side, the joyful and good-natured atmosphere of this circuit, but you, what pushed you to "participate" in this tournament?

Tom Mitjana : “What is really good is the animations! It's not just a tournament, the idea is to involve people who come to see padel. We've played with adults and children, and we often hear: "Oh, it's the first time I've played!" Oh, it's the second time I've played”. So it's really nice to see that it's a tournament with entertainment open to the outside public, we're trying to attract as many people as possible to this new sport. The sport is so playful, so incredible that you can have fun from the first strokes of the racket. And I think what's great about the Cupra Padel-Point Tour, it is the fact that there are plenty of animations. There's the exhibition, the players play, people play and then there's a tournament, so it's very complete, and it's this complete side that makes people come to participate and watch »

Padel Magazine : Last question, what can we wish you for the rest of 2022?

Tom Mitjana : “Not to injure myself, I do everything so that this is not the case. I play with my partner Mathieu Armagnac, really a very good partner. We get on very well. I hope we will have the best season possible because the padel it's not individual, but it's two. So I wish it for us as a team! »