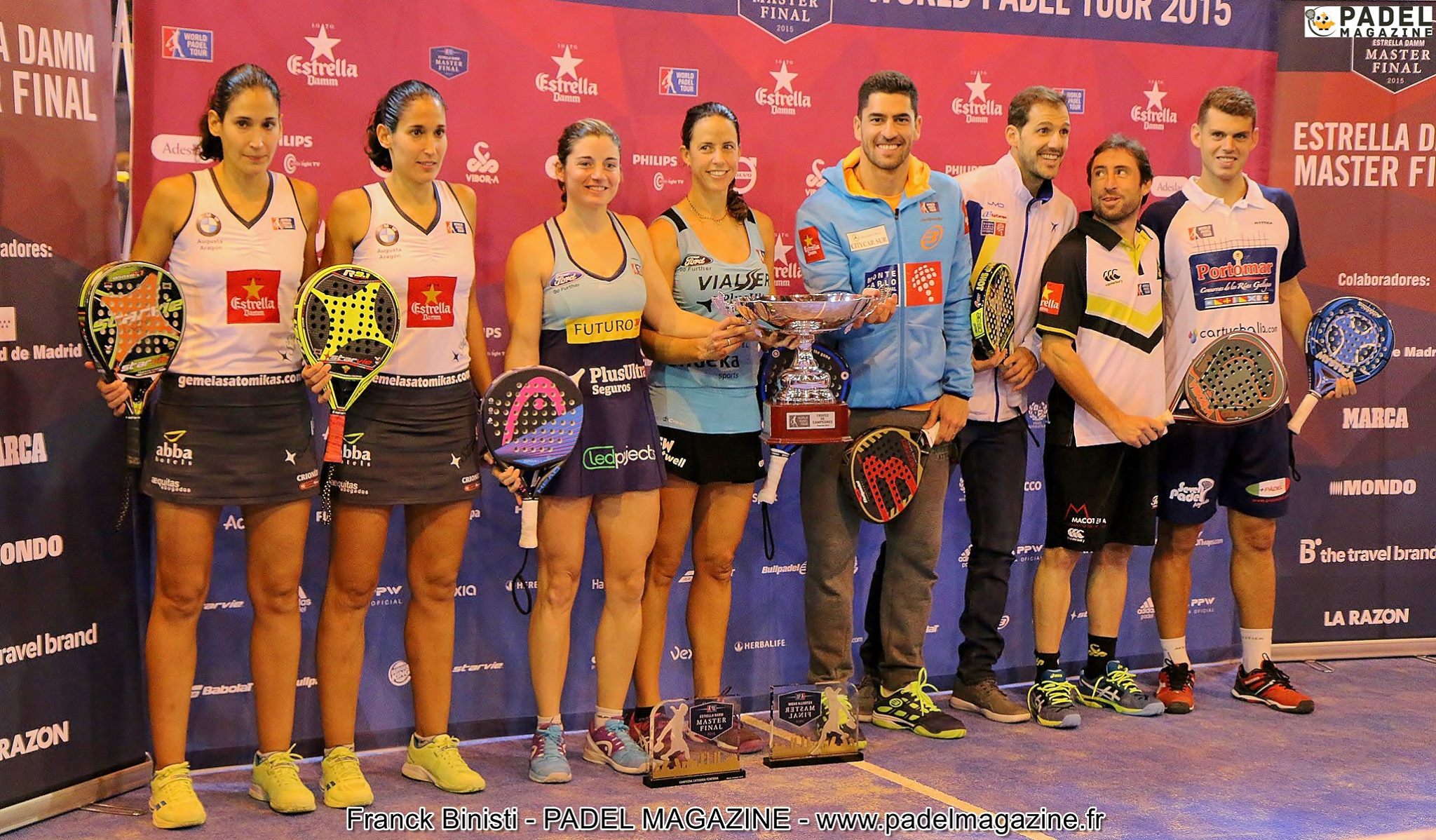 The 2015 wpt master ended with the victory of Marrero Salazar over the Alayeto sisters (6-3 6-2). Clear and flawless victory of a pair that was not so favorite against the twins, world number one. The sisters did not find solutions. There was too much consistency in the face. Let us recognize that on the side of the twin sisters, the success was not there, with many unforced errors which facilitated the task of Marrero / Salazar. Mapi Alayeto will also commit a double fault to concede the break at 2-4 ...

Playing a varied and effective game, Marrero and Salazar leaned throughout the match on the "bandeja" supported or placed by the Madrilenian A. Salazar as well as on the deep attacking balls of the Canarian player established in Catalonia, M. Marrero.

The men's final had nothing of the "classico" poster offered by the Spanish women's 100 final.

Having surprised Sanyo - Mieres in the semi-final, Moyano and Grabiel attacked their meeting between them against Juan Martin Diaz and Maxi Sanchez at a frantic pace and won the first round in just 22 minutes (6-2), Maxi Sanchez achieving a unconvincing start to the match.

The reaction of Diaz / Sanchez was delayed and "el Mago" (the magician) had to use his entire class to save several break points before winning the second round on the 6-4 opponent service. Sanchez was gradually returning to his best level, and despite a few "puntacos" (superb realization giving the point) young Moyano, the trend could not reverse: Diaz played more aggressively and Sanchez no longer allowed Moyano to rely on his destructive smash (2-6 6-4 6-1 into 1h20 game). Note that Maxi Sanchez "Tiburón" (the shark) wins here his 3th wpt master title, out of a total of three competitions.