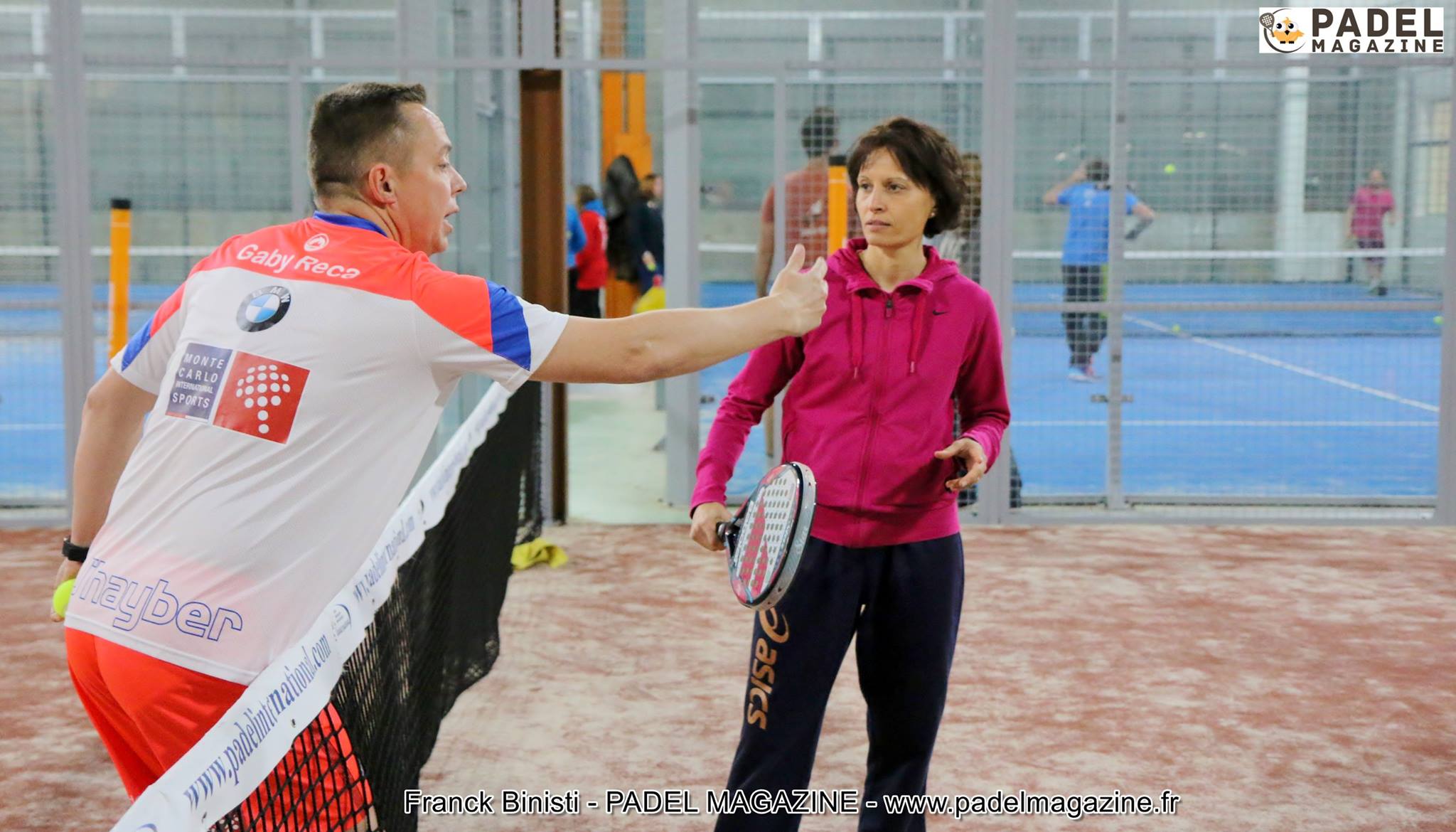 It was a first in Paris, Cata Tenorio and Gaby Reca were in Paris at the club of Padel Horizon for a day dedicated to training and discovery padel followed by an exhibition between the Spanish-speaking pair and the French pair Nahuel Silva / Loïc Lepanse, the recent winners of the stage Padel Passion in this same club.

Many visitors, but also and especially many players to participate in this unique event.

Launch of Sagarbe Sports in France

This initiative is that of padel court builder Sagarbe Sports, which is undoubtedly a good introduction with the flagship of the brand as two padel champions: Reca and Tenorio.

Gaby Reca: "A lot of ambitions in France"

With more than 30 padel years behind him, a rich past padel, Gaby Reca is one of the most experienced players in the world.

Since a year, we see it coming more and more in France, and especially in the south where he has already started to offer padel training at Tennis Soleil in Beausoleil. This club should soon have at least 2 more fields in the coming months.

His status allows him to be "in contact with the French Tennis Federation". He believes that he is not "not normal for a professional player graduated from the Argentine Federation that there are so many complications to teach in France". He adds that "diploma recognition would make sense"

Not sure that the FFT has all the cards in hand to validate the words of Gaby Reca because the Ministry of Sports will necessarily study the file and agree. And we know the legendary reactivity of our public administration ...