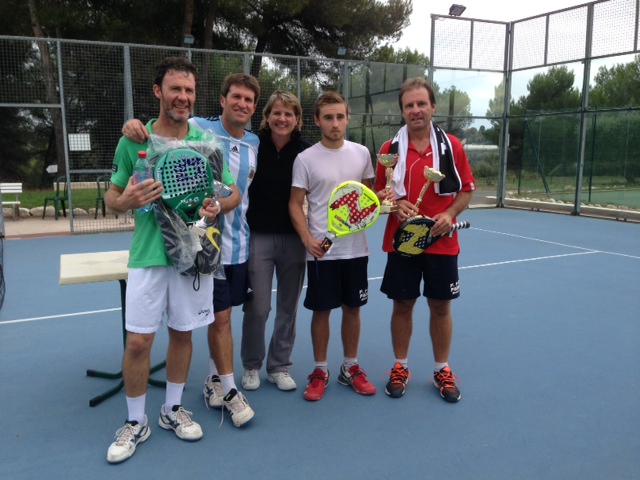 Padel Magazine - The Padel feminine and masculine was in the spotlight!

For the 1e edition of the tournament '' All Suites Resort & Spa '', 20 pairs had registered, including 4 teams from Italy (Milan) and the best French pair in the 2013 rankings.

On the program: men's tournament and training / clinic / match exhibition with the Argentine champion Paula EYHERAGUIBEL

Friday 18 October 19h : Start of a beautiful weekend with the launch of the first matches of the men's tournament ...
Many games scheduled throughout the weekend with 3 laps to play before arriving at the final draw. Each round was made up of several 3 pools to allow each pair to play at least 2 matches ... 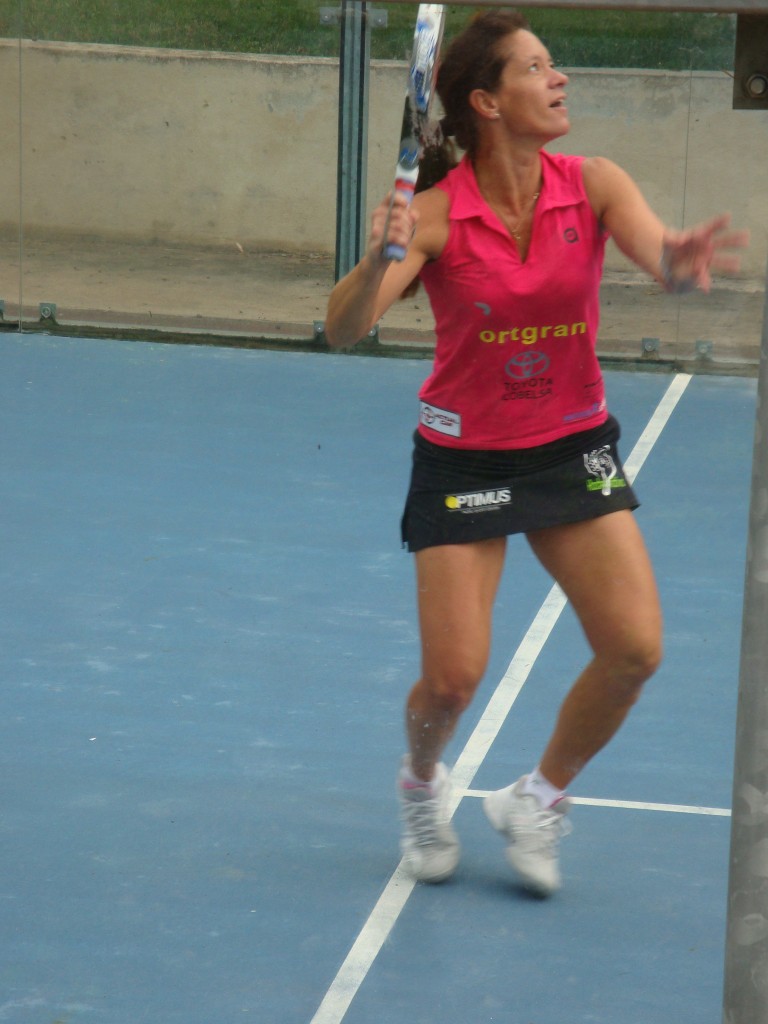 * 10h : Beginning of the second round of the tournament and at the beginning of the training with Paula EYHERAGUIBEL who coaches during 2 hours several girls from the French paddle team (Laurence ANDREOLETTI, Sandy GODARD, Virginie PIRONNEAU and Géraldine SOREL). For my part, I am at the edge of the court, as an official ... translator of Paula!

Accompanied by Sergio FITA (Spanish padel instructor), Paula continues the exercises to the basket with the work of the defense, the climbs on the fly, the scenarios of play ... First hour devoted to the technique and second hour to the tactics of Thu.

Meanwhile, the tournament matches are linked one behind the other. The hierarchy is respected ... few surprises if not the very good level of Italian pairs present!

In the middle of the day, begins the 3th round of the tournament which will determine the 3 pairs that will complete the quarterfinals of the final table.

* 14h30 : beginning of the clinic with Paula and Sergio. 3 one-hour rotations with small groups of 5 on each of the short 2s.
Paula teaches the bases of the defense and Sergio makes the game work with the net ... 30mn on each of the courts then rotation ...

And I'm always on the edge of the courts to translate ... aided by Eva on the short 2eme! In total, 30 players of all levels will benefit from the advice of Paula and Sergio during this afternoon .... Intense, I told you!

* 9h30 : start of the semi-finals where the hierarchy will be respected: FOUQUET / FOUQUET (seeded No. 1) easily beat GIRODAT / MARTIRE and SPECTOR / SINISI (seed No. 2) will do the same against FATELLI / SEVERINI.

* 11h : After a bit of rain, the exhibition match with the Argentine player Paula EYHERAGUIBEL (8 once world champion, one of the most successful players in Padel history), Sergio FITA, Ximet GONZALEZ (two Spanish players from the region of Valencia) and myself, Kristina CLEMENT (member of the French women's team Padel, bronze medalist at the last world in Cancun 2012) are thrown on a slippery slope difficult to play.

The audience is impressed by the swiftness of the exchanges, by the current situation reversals (a point is never lost in padel!) And by the talent of Paula, who knows how to hit the balls in all positions with a such facility ... For my part, I managed the first dormilona of my life!

* 12h15 : We move forward and launch the tournament final for fear of rain.

The best French pair, N ° 1 in the French ranking, composed of Patrick and Kevin FOUQUET (father and son) found in the final a pair Argentino - Italian with Gustavo SPECTOR (who was one of the best Argentine players a few years ago in Argentina , flagship country of the padel with Spain) associated with Giuseppe SINISI.

After a fierce battle of nearly 2 hours, and after saving 2 match balls, the FOUQUET finally won the 2 / 6 6 / 2 7 / 6 score (7 points to 5 in the tie-break). A very nice final with very spectacular points and who remained indecisive until the end.
And so ends a very nice weekend of intense paddle!

* You can see all the photos and videos on this page, or by accessing your Facebook page: https://www.facebook.com/PadelMagazine