The Padel Riviera Mougins will offer the 3 and 4 September a crazy weekend.
First, all weekend will take place its homologated stage of the National Padel Cup men with pairs from all over France. The planning :
Saturday: Pool Match
Sunday: Final stages
Alongside the tournament, the Padel Riviera Mougins will inaugurate its club padel with the presence of Mr GALY, mayor of Mougins and the presentation of the club's partners: Gabella assurances, United Monaco Textile, decathlon grasse, bullpadel  , blackrown, padel international and head.
Sunday, parallel to the finals of the National Padel Mougins Cup, get ready to see a big show around lunch with 4 players from the World Padel Tour with Marc Alastuye, Aitor Garcia, Leo Dicarli, Marc Requena. 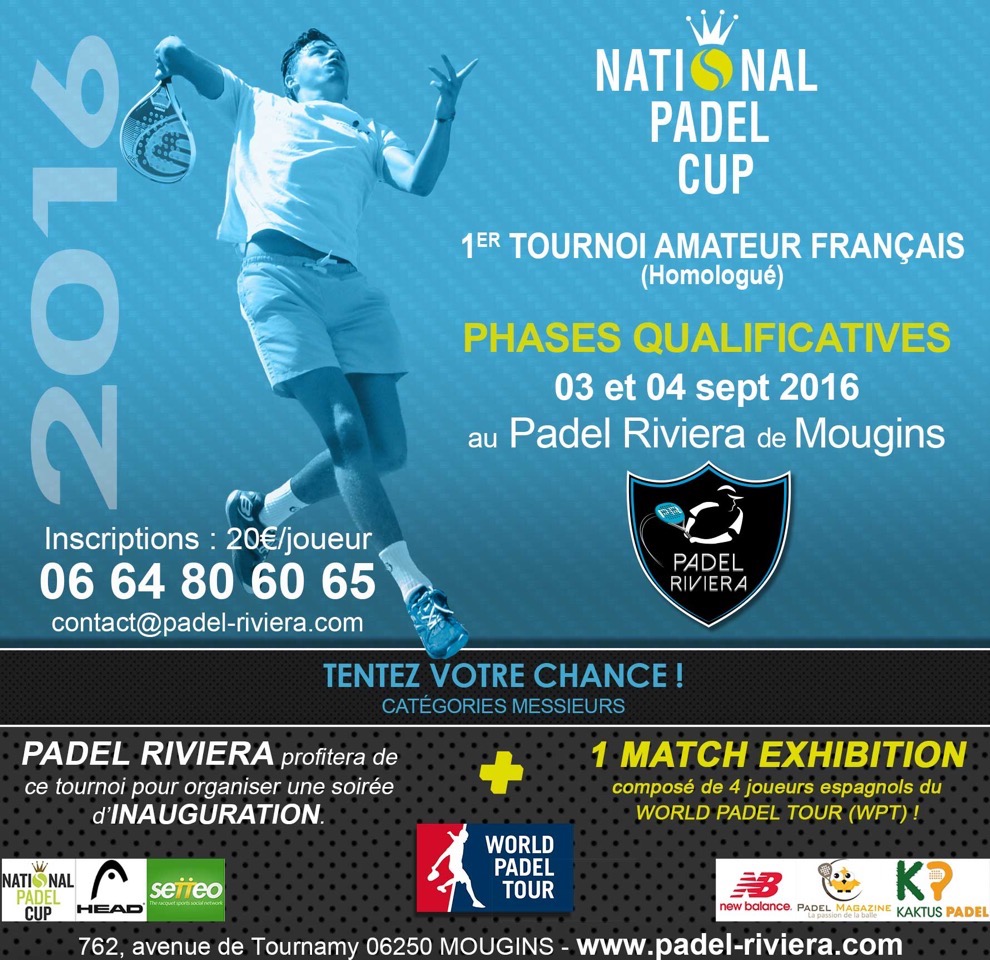