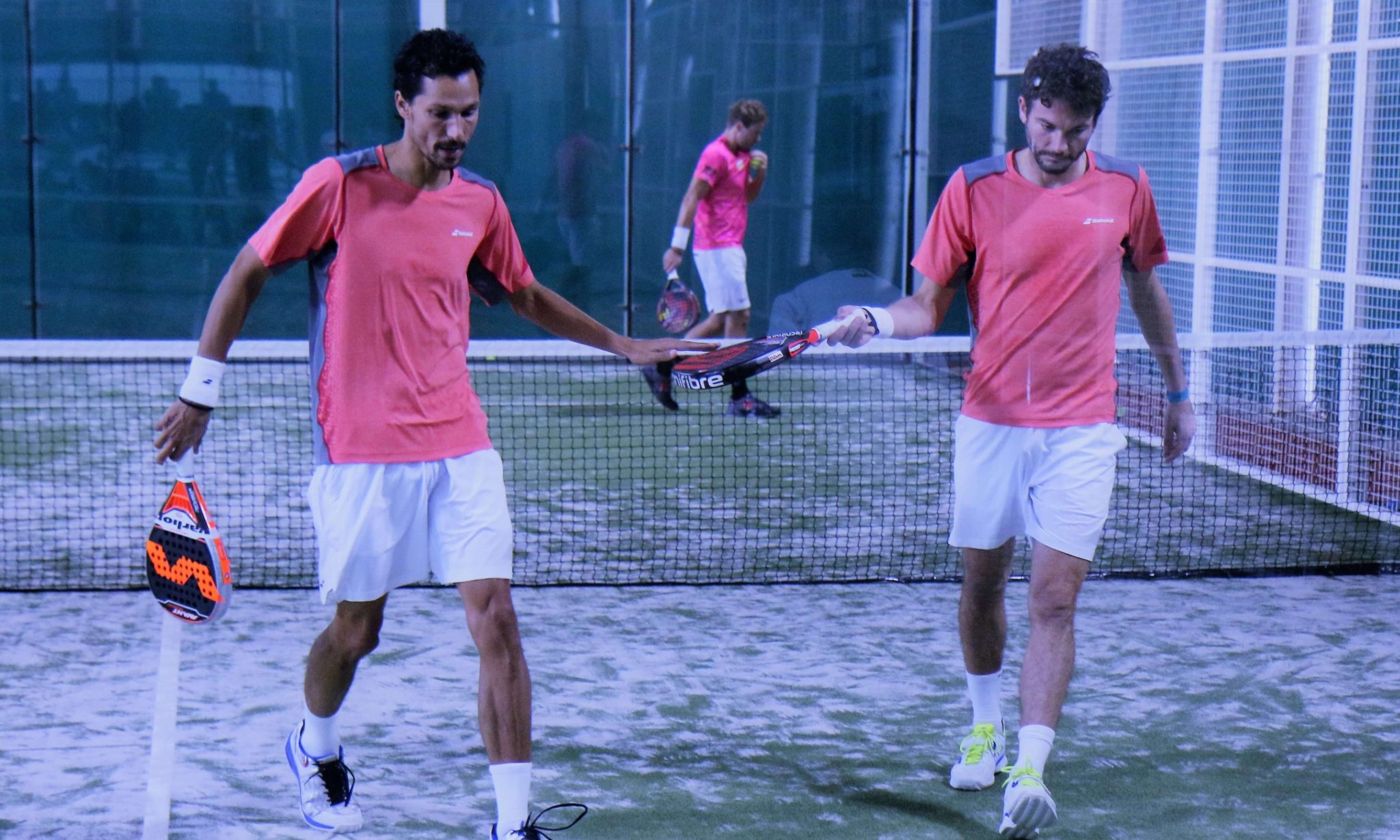 For the last matches of the France team in these world championships of padel, France rather unfolded against Germany. The two countries competed for a place of honor in 11th place in the world out of 16 participating countries.

First atypical French pair since it was a question of playing Scatena associated with Bensadoun in match 1. Interesting match, since we could see that Jérémy Scatena on the right, it was capable of hurting too. Laurent Bensadoun proceeded by limiting the faults. He will have achieved a very good world including that against Portugal which will remain in the heads. The French pair beat Germany 6/4 6/2.

In match 2, the Lapouge / Veber pair are once again associated. 4th at the French championships padel a month ago, after having already won their match against the USA, she made another very decent match, even if it was more inconstant in the game. Especially in the first set where Lapouge seemed a little tired of the match yesterday against Portugal. Difficulty starting the match, Lapouge / Veber nevertheless won the first set 7/6. Then, the match becomes easier thanks in particular to a Lapouge returned to the business, while the metronome Fabien Veber remained faithful to himself in “wall” mode from the beginning to the end of the match.

In match 3, the Mannarino / Ritz pair finished the job. Match without stake, since France leads 2 matches to 0, the match remained serious and more hooked than expected. The level is good. The Germans don't want to come home on a 3/0. In the first set, little is played out, a small break at 5 everywhere and France validates their set. Same in the second set but this time, the Germans push the French to a tie-break. Despite a tight set and long points, France ended up beating Germany with the final score of 7/5 7/6.

France is therefore officially the 11th nation in the world. Is this a good result? Given the circumstances, probably even if she hoped for much better. France especially lacked efficiency in its first group matches. She should have at least finished second of her hen in view of the hen said for some the most homogeneous if not to say the weakest. No seed, and no country such as Uruguay, Portugal or Brazil in pool C of France. But she came 3rd. Behind, she plays Portugal because country arrived 3rd in the hen of death. France has not gone far from the exploit but it was certainly before it was necessary to react to avoid this situation.

France will therefore have to go through the qualification stage to try again its luck in these world championships of padel by team.