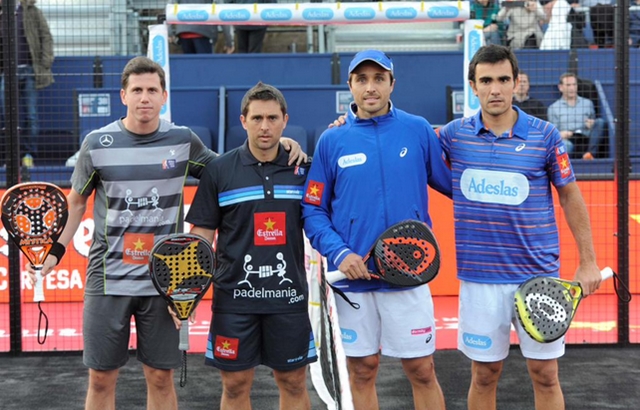 [author image = ”https://padelmagazine.fr/wp-content/uploads/2015/04/Kevin-Wegrzynowski-padel.jpg”] Kevin Wegrzynowski a passionate padel player offers you his feelings on the news of international padel with a very particular humor… [/ author]

New year of Padel which begins, with the World Padel Tour who settled down in the city of Barcelona for this new edition.

A big change has taken place in the registered pairs, in fact the former duo Fernando Belasteguin / Juan Martin Diaz, 13 years of Padel at the highest level together, an unimaginable number of titles won, have decided to separate to face a new challenge.

So Fernando will play alongside Pablo Lima and Juan Martin with Mieres for this new year.
As much as you say directly I am an absolute fan of Juan Martin Diaz, he is left-handed (like me), tall (like me) and especially very strong at the net with incredible reflexes (exactly like me ............) so I do not Would not be very objective about it! But at least dear reader, you are warned.

The few problems of Padel broadcast by Youtube is that you have to have done Spanish LV 1/2/3 throughout your schooling to understand what the commentator can say (when he opens his mouth, which is not very common no plus) and the scoreboard displayed on the screen is not always up to date… The person in charge of it must have abused the WPT sponsor a little too much (a Spanish beer…) the score is not always the good one… Despite this, the spectacle is there for this first edition, smiles, falls, jumps in defense, cries of rage and especially some small retro damped volleys to show in all future schools of Padel in France !!!

This black field in addition to being particularly very pretty (a purely personal taste) has the main effect of allowing us to see the ball more easily during the exchanges, which is rather nice when the exchanges last more than a minute and as you try to find the ball and when done the point is already over. Thank you officials World Padel Tour !
Let's talk about the game, as much as tell you the truth, the final was not great (6 / 1 6 / 2 for the pair Diaz / Navarro in 48 minutes of play) but let us rather semi-finals.

The first pitted the pair Luciano Capra / David Gutierrez against Adrian Allemandi / Miguel Lamperti (aka the King of the Smash Lifted) and gave us the opportunity to have a match in 3 sets. In addition to having a blazing sun, the Barcelona have had the right to a great match of 2 hours which gave as winner Luciano and David on the score of 6 / 4 5 / 7 6 / 2. Above all, we had the right to overpowered smashes, amortized volleyballs, gross faults, a player who is having fun against the glass, in short, a good match at the beginning of the year !!!

The second semifinal between Pablo Lima / Fernando Belasteguin and Francisco Navarro / Matias Diaz Sangiorgio. The first pair tried to use the famous technique of trusting the opponent by letting them win the first set and then we wake up and win the other two. Except that Pablo and Bela did not foresee an important element: The wound. They lose the first set (6 / 4), as expected win the second easily (6 / 1) but that's where the drama begins.

Beginning of the third set, the audience is amazed by the show, the players are in shape, the cocktail hour arrives so everything is gathered for the show to be at the rendezvous but 1 / 0 15 / 40 Pablo Lima hurts himself on the shoulder by tapping against a window during an exchange.

After the physiotherapist's break and some massages, he decides to continue a little but nothing helps, the pain is too strong he was forced to abandon 2 / 1 against them when his shoulder advised him to stop ... .. Sad end for this beautiful semi-final.

See you the 8 April in San Fernando for the next tournament !!!! 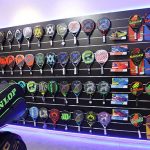