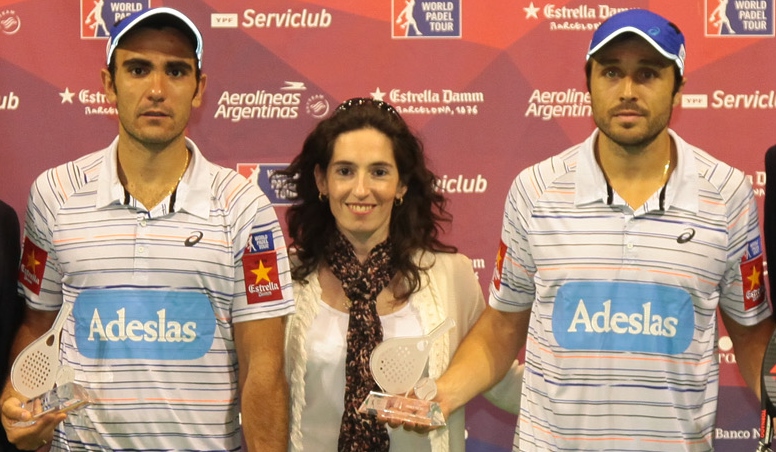 Fernando Belasteguin and Pablo Lima win their first stage World Padel Tour in Rio Callegos in Argentina. Well, you could say certain ... Maybe we had to go to the other end of the earth, not far from the Chilean border

It must be said that Pablo Lima has not been spared from the molds and injuries since the beginning of the season.

Remember that Fernando Belasteguin had managed to win two stages of the World Padel Tour with Willy Lahoz during the convalescence of Lima. These victories with Lahoz were described as extraordinary ...

But Bela can obviously win with everyone and even more with the former partner Mieres namely Pablo Lima.

Against Bela and Lima therefore, we also had ghosts at this level of the competition, Maxi Sanchez and Sanyo Gutierrez, the winners of the last two Masters of padel in Madrid, beaten 5-7, 6-2, 6-2.

A real boxing fight. The 3000 fans gave voice. Surprisingly, it was Bela who was the least dashing in this final with mistakes he did not make with Lahoz, his partner on San Fernando and La Palma.

Lima carried the team while in front, Maxi Sanchez unleashed a few smashes he knows the secret.

Cat and mouse play, Lima showed he had more than one trick in his bag and came back on the particularly sharp circuit.

Strangely, the world 1 numbers started in the same way as their semifinal ... That is to say with the handbrake. But from the beginning of the second set, it was a different story with a Bela and especially a Lima of the big days.

Sanyo and Maxi were therefore beaten in 3 sets. And we had the right to an emotional sequence with the arms of Lima to the sky to say thank you in particular to his family for having supported him during a complicated first half.

Next stop in Valladolid next week.