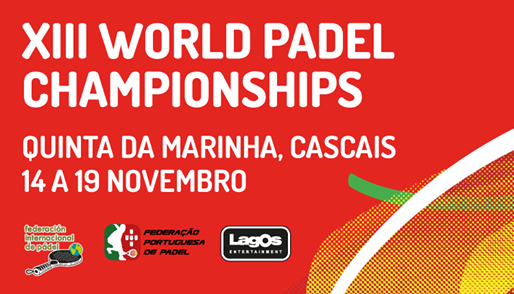 We finally know the schedule of games and the place where the games are played ... And there astonishment: Some teams may not play Quinta de Marinha (official website of the world).

A choice of amazing organizers!

Indeed, the matches could be played on 2 different sites! As a result, some of the matches will be played in the other Cascais club: Indoor 6.

As usual in the professional circuit, when it's complicated, it's mainly the girls who will suffer from this situation since the conditions will not be the same between the semi indoor club from Quinta de Marinha and the indoor club Indoor 6.

What is surprising is that the flagship competition, namely the world championships of padel by team is relegated in part to the background against the Individual Open organized at the same time. We observe that part of Wednesday's matches which takes place at the Indoor 6 club could have been played on Monday on the main site or on Tuesday Martin instead of the individual matches… But NO. Astonishing choice on the part of the organization.

Consequence, especially among girls, some teams will not taste the club Quinta de Marinha before Thursday, (ie when the pool matches are over) when others have already played in this club for the first group matches. Which ones? Argentina and Spain are preserved as the host country Portugal and some opponents of their pool. For others it will wait.

Men's and women's teams will play at the same time

Another curiosity to stay polite: Wednesday, for France, the ladies and gentlemen play at the same time and on 2 different sites! As a result, Robin Haziza, player and coach of some of the players of the France team, will not be able to be present to help the players. Not to mention the fact that for the general atmosphere, it is not really very bright.

Find soon in the tab dedicated to the world, all schedules and analysis of the chances of our teams in France.