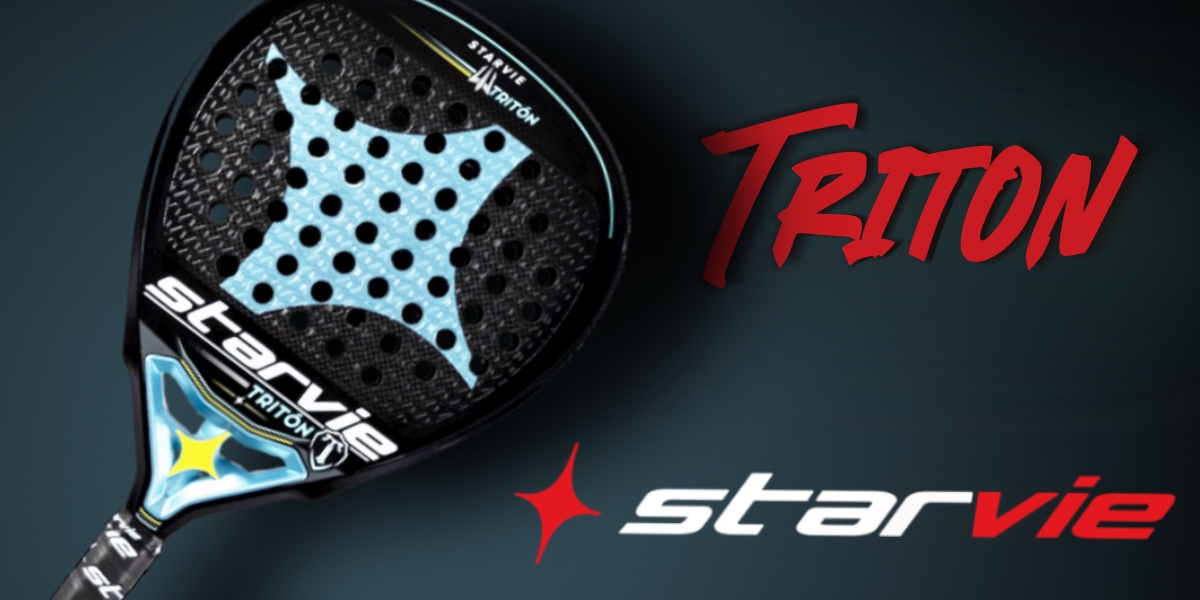 Here is the last opus of the saga StarVie. After Raptor, Stéphane Penso takes in hand the muscular model of the brand with the star; the Triton Pro, high-end pala for experienced players.

First of all, remember that there are two versions of the Triton: the normal and the Pro. The standard Triton is equipped with a soft foam, while the Pro sports a denser rubber. 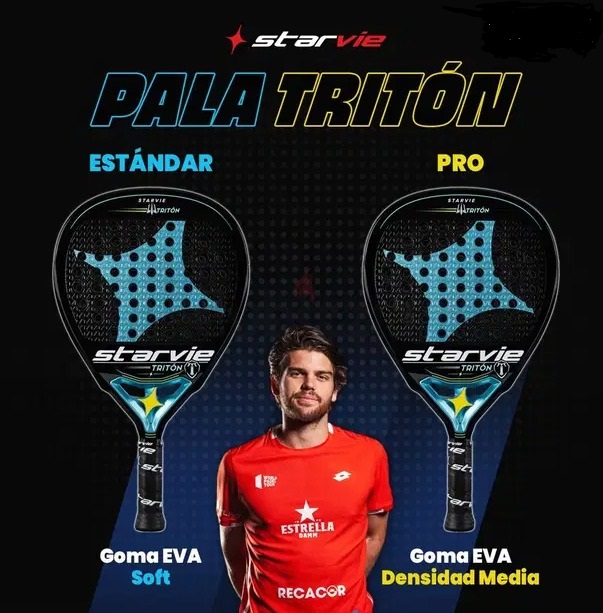 The Triton Pro is part of the premium premium collection from StarVie. She is grabbed by a certain Javi Garrido. This is the most powerful model of this new year: a more aggressive and sharper racquet. Could it be at the expense of other features such as comfort and handling? This is what we will see a little below.

Teardrop shaped, with a higher balance than other racquets in the collection and a sweet spot located at the top of the frame, this is a powerful racquet in vigorous shots. This pala is made of a rubber core EVA PRO50 of medium / hard density, which offers more rigidity, and will help you to enjoy the most aggressive shots, favoring the boarding and the hard-hitting game. 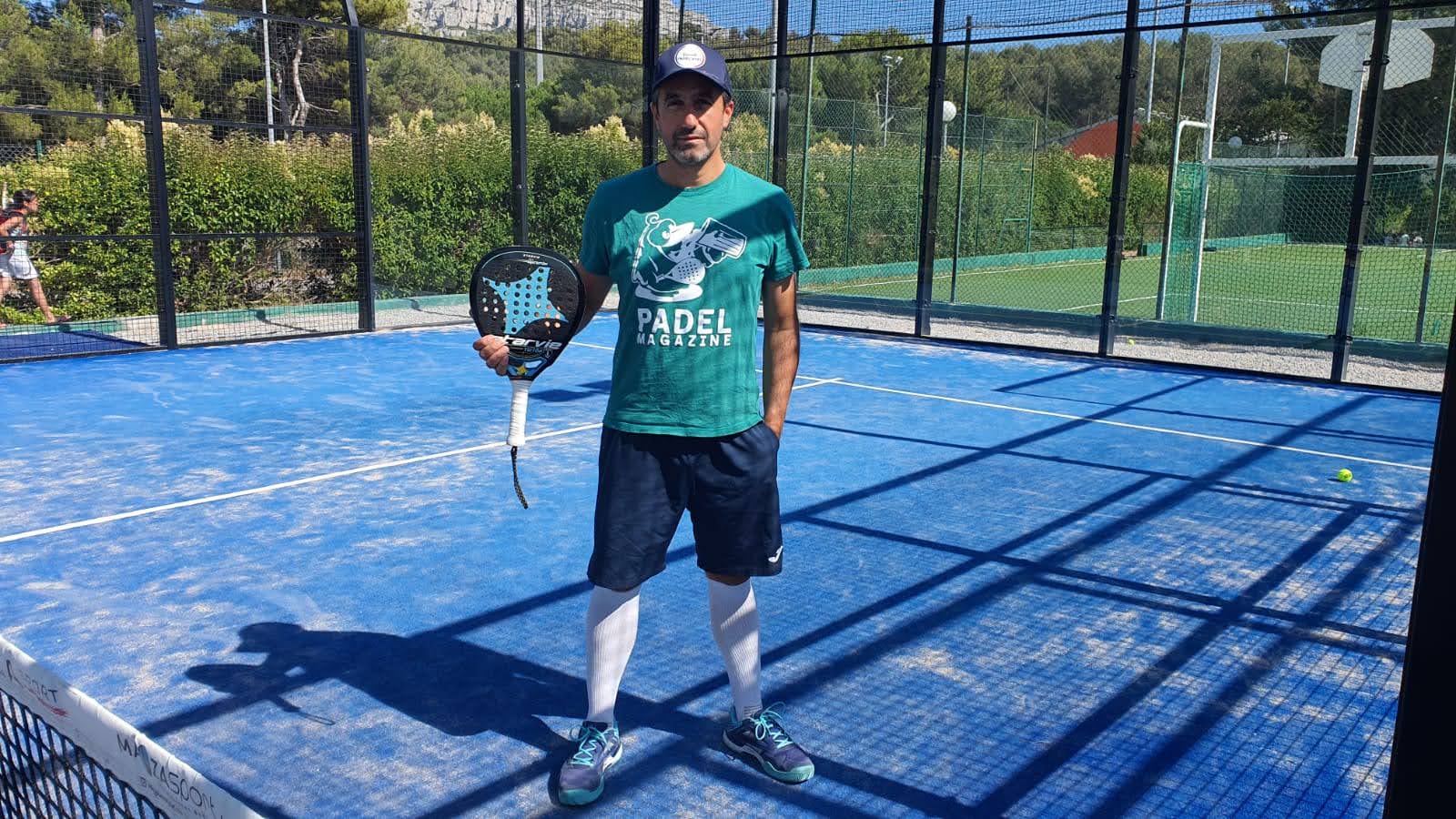 Note also a handle with 1 cm longer than on the other models, as well as a racquet head protector of the most beautiful effect (and certainly very effective).

Regarding the design of this pala, everything revolves around the prominence of the brand's logo located in the center of the screen in blue with a black background that highlights the striking contrast it generates. This characteristic azure blue color is used in the same way in the internal area of ​​the pala, combining perfectly with the “yellow star” in the center of the bridge.

A striking design but with a sophisticated touch that blends blue and black colors in a balanced way, resulting in an ensemble that effortlessly attracts attention.

Behavior on the track

First of all, it is a light racket for the target sector which is that of the attackers. 355 grams on the counter is indeed unusual. On the other hand, we immediately feel that the weight is clearly tilted towards the racket head. StarVie does not produce diamond-shaped palas, so “full power” rackets are teardrop shaped. 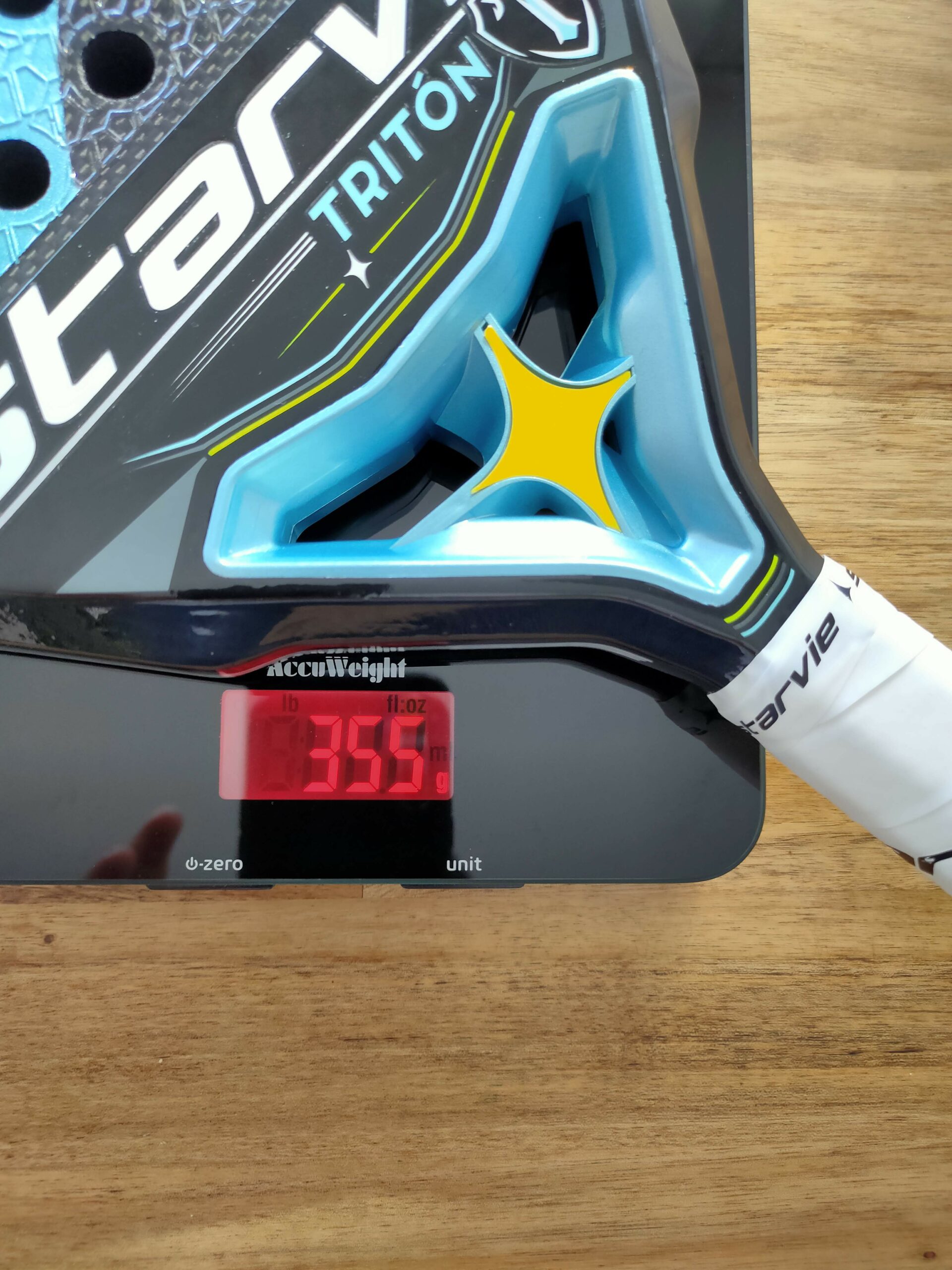 At the bottom of the track, the density of the Pro50 foam is amazing, you just have to push the arm slightly and the responsiveness of the frame will do the rest. In defense, it is a little more complex to manage for players with average technique (who will prefer a flexible rubber in order to benefit from the leverage effect). But for others, the stiffness of the rubber will do wonders because with very little swing space (and good control), you can still shoot the ball with power and precision. As long as you master all aspects of defensive shots, this density of foam will generate a more pronounced reactivity than soft gums and will get you out of uncomfortable situations when you are cornered against the plexiglass or in defense against the carpet.

Regarding the volleys, it goes dry and straight, the millimeter surgeons will have in their hands a weapon with diabolical precision. The high balance will allow you to hit all your attack shots without much effort, but be careful to tame the punto dulce that is in the lead.

The smashes, as agreed, are the heart of the wheel of this racket which generates a phenomenal power even limit uncontrollable for the common man. The chief fireworks will be won over by this kind of machine, created by Starvie for nags in need of thrills. In addition, the Full Plane Effect technology is bluffing efficiency, the effects are amplified in a pronounced way.

Note the very dry sound which is a characteristic that I personally appreciate.

You will understand, it is a racket not to be put in all hands. Nonetheless, even though StarVie's policy is very clear regarding this model (the most powerful in the range), I was amazed at the handling this Triton provides.

Obviously, the question of comfort and pleasure is not a priority, and those who still wish to acquire this model, while having more flexibility, will turn to the soft version.

The advantage of benefiting from a hard eraser is multiple; no vibrations, increased power, unique precision. But take into account that one element will be amplified once the winter temperatures set in, it is the rigidity of the foam! 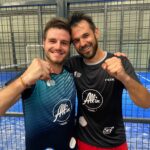 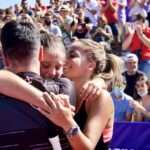 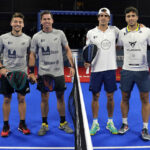 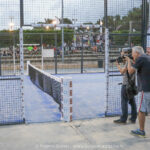 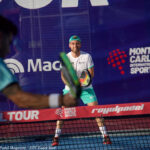