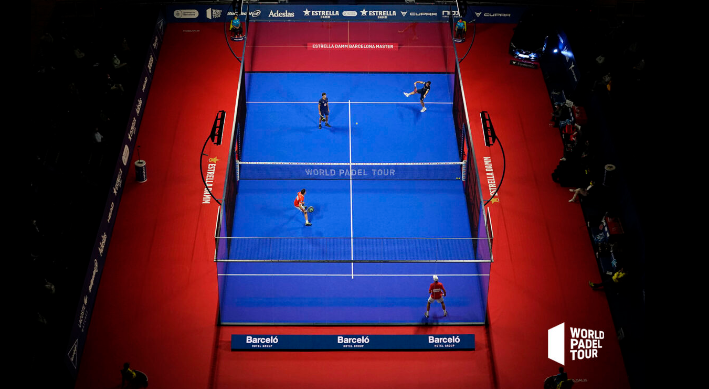 In the superb semi-final between Galan / Lebron and Tapia / Belasteguin in Barcelona, ​​Ale Galan put in an incredible block that should go down in the annals of the WPT.

When semi-final won 7/6 7/6 by Galan / Lebron against Tapia / Belasteguin during the Estrella Damm Barcelona Master, Ale Galan had an incredible block at net on a high flight of Bela.

A just mind-blowing point, with a Lebron smash taken at the net by Bela followed by a reflex counter-pared from the same Lebron, who then blocks a smash from Tapia, before this Galan's stroke of genius, who wins the point just after an indefensible smash. The WPT allows us to appreciate this gesture from several angles:

The shot made by Ale obviously recalls an action where Fernando Belasteguin, still him, had put his racket in opposition on a Miguel Lamperti smash. A hug followed that Miguelito did not necessarily appreciate very much ...