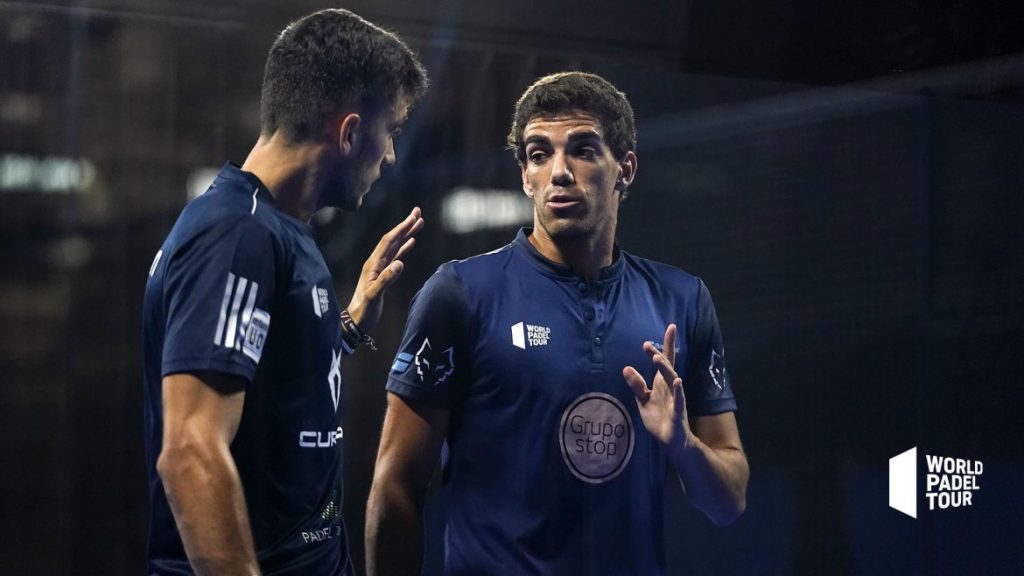 In this day of quarterfinals of the Las Rozas Open of World Padel Tour, Juan Lebron and Ale Galan impressed, when Chingotto / Tello won the ghost shock.

Nieto / Rico for their first semi-final of 2020

Surprising yesterday, Alex Ruiz and Pablo Lijo did not reoffend today and they came across Coki Nieto and Javi Rico, determined to give everything to try to grab a place in the Master Final!

A victory 6 / 4 6 / 2 which allows the young Spaniards to continue to dream, in fact, if they win in the semi-final, one of them will take the place of Agustin Silingo in the classification of the Race (there will be a draw to see which of the two will go to Menorca with Mati Diaz), but they will have to win the tournament to both enter the Masters tournament!

In their quest for a Master Final, the two young Spaniards will face them gentlemen Navarro and Lima in the semi-final. The Spanish-Brazilian pair did not always show their best face against the strong Javi Ruiz and Uri Botello, but Paquito and Pablo were able to raise their level in the tie-breaks to win the final in two sets: 7 / 6 7 / 6. The number 2 seed would like to win a second tournament this season!

The ghost match for Chingotto / Tello

It is the best match we've seen in these quarter-finals. A meeting between two pairs who were absent from the Alicante Open due to positive Covid-19 tests from Fernando Belasteguin and Juan Tello.

After having won the first set to the mental, Agustin Tapia and Fernando Belasteguin came back from a 0/4 in the second to offer themselves a match point, at punto de oro at 6/5. These are ultimately Tello and Chingotto who won the tie-break, before leading again 4/0 in the third inning.

We thought at one point that Tapia and Bela could redo the second set, but more constant, Juan Tello and Federico Chingotto win the match 4/6 7/6 6/3 and will now tackle Lebron / Galan mountain!

If Martin Di Nenno and Maxi Sanchez gave their all, pushing six games at punto de oro and winning two, Juan Lebron and Ale Galan were once again impressive, offering a permanent threat and finishing points at the slightest opportunity.

A final victory 6 / 3 6 / 2 in the form of a message for the competition: the numbers 1 are focused and ready to go for a 7th title this season!