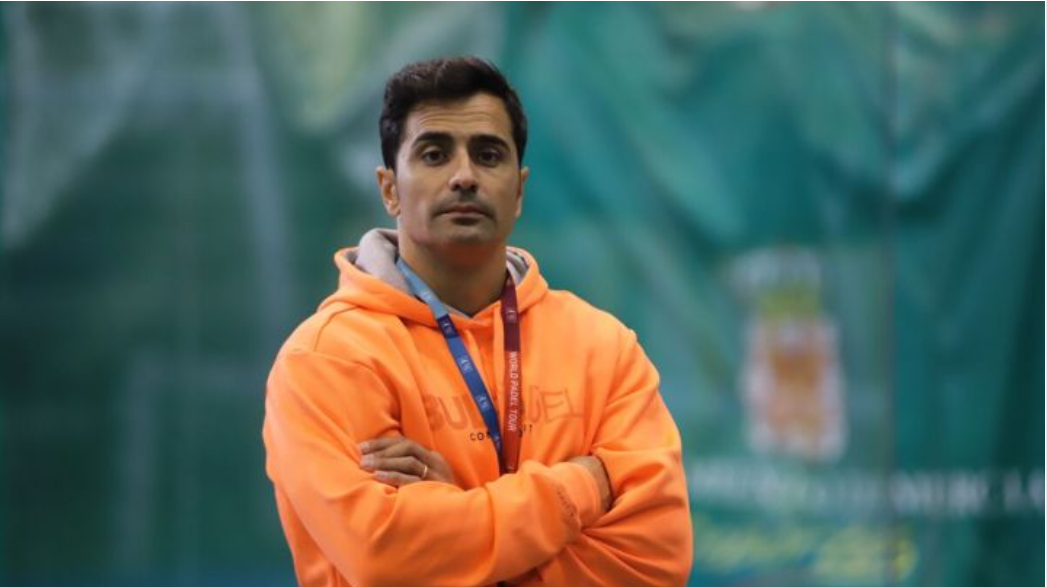 Le padel is a sport in vogue and it has never known as much enthusiasm as it is today.

The number of practitioners is only increasing and there are all levels. We find many former tennis players in search of new sensations or new practitioners wishing to taste the pleasure of a totally fun, playful and very easy to access sport.

The first parts are often synonymous with laughs and discoveries between the balls which bounce against the windows and the grid. However what we do not know at the beginning is that this discipline is not only physical. It requires a lot of strategy.

This is why one of the points that we are going to address today is essential to improve your level of play, it is positioning on the court.

Manuel Martin, famous trainer on the WPT circuit created his Youtube channel Upgrade your padel “Improve your padel" by offering in particular many videos dedicated to all practitioners wishing to progress thanks to tips on the technical - tactical combo to set up in the field.

The former coach of Alejandra Salazar has more than 153 subscribers on his channel and has become a reference on the internet for anyone looking for valuable advice on how to improve. ”

First of all, it should be remembered that there are 3 zones in the padel:

To come back to the subject, we will approach the topic chronologically, that is to say that we will begin with the placement during the service.

Positioning on the court in service will depend above all on where you want to send the ball.
Indeed if we are looking to place the ball at the level of the glass on the lateral side of the player, it would be wise to place ourselves further from the center because this will allow us to have a more advantageous angle to put our opponent in difficulty. 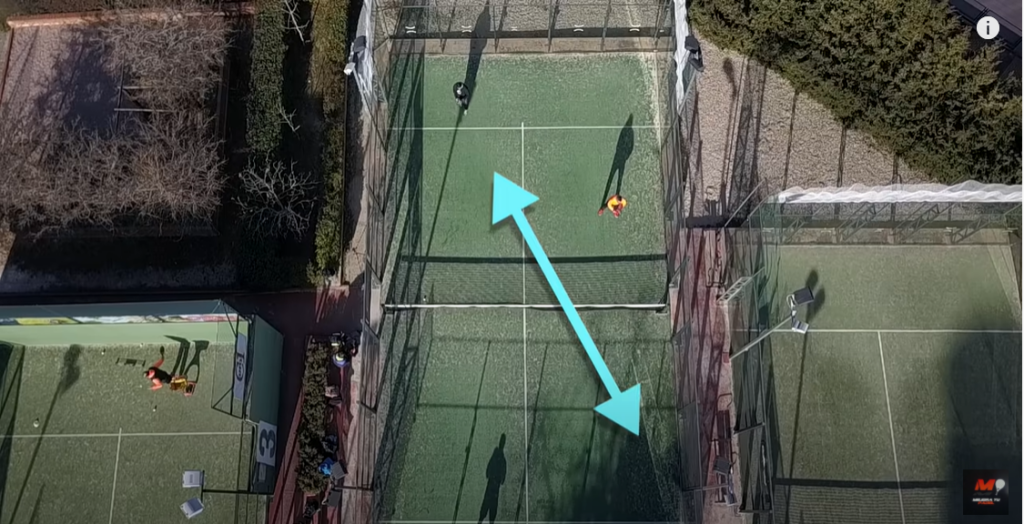 However this placement can put the chip in the ear of our rival because with such an open angle it leaves us no other option than to serve on its side window.

We must also add that it will require an extra effort from us to join our teammate in the attack zone, but the advantage here is that we will have more chance of causing fault with our opponent.

For the returning team

When we are at the reception during an opponent's service, we can orientate his choice on the side in which he will send the ball to you.
Many players seek to put their opponents in difficulty by serving on their weaker side.

Take the example of a player performing a serve on our backhand, whether we play left or right, it doesn't matter, we can influence their decision by repositioning ourselves on the side where we are least comfortable, in this case to the left.

This will help us to play the ball that we do not like the best possible since we will already be placed in this configuration, and can force the opponent to play on the other side to surprise us, which will give us the ball. that you prefer (with of course a trip to do). 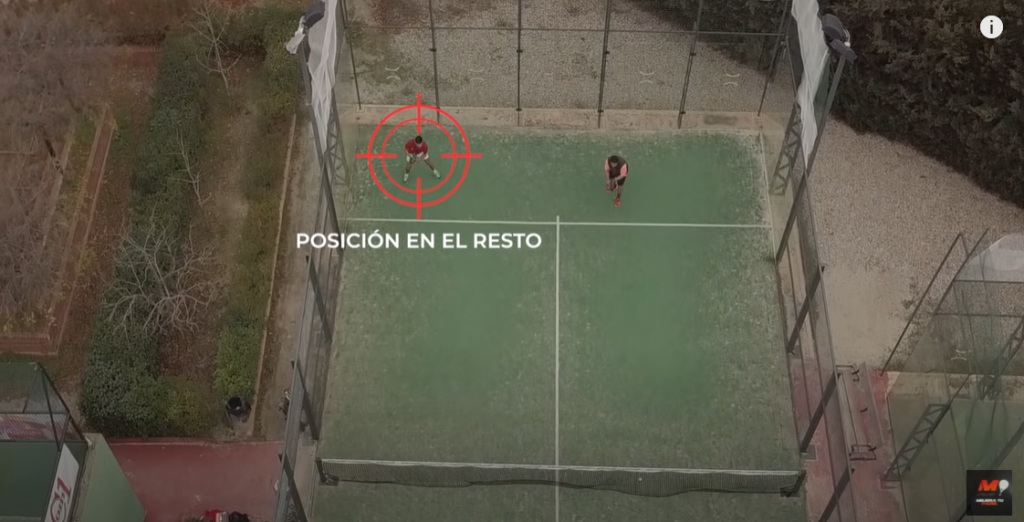 Once this concept of lateral adjustment has been put into practice, it is still advisable not to be fooled on the deep placement.
It is important not to position too close to the baseline because if the opposing player serves a little hard, the rebound can surprise us and not give us time to put it back correctly. With a little luck and some talent we can of course send her back but we risk giving a “gift” ball which could lose the point very quickly.

The ideal would therefore be to place yourself between the first and the last pane.

As we already know, the padel is a sport that is played a lot diagonally and the position at the net is essential for any team wishing to gain the advantage over their opponent.

When a player serves, his teammate is already at the net, ready to cover the ball that the opponent will deliver.
For its placement to be optimal it must be located at the level of the second post, that is to say between the first and the second grid in the middle of its square. 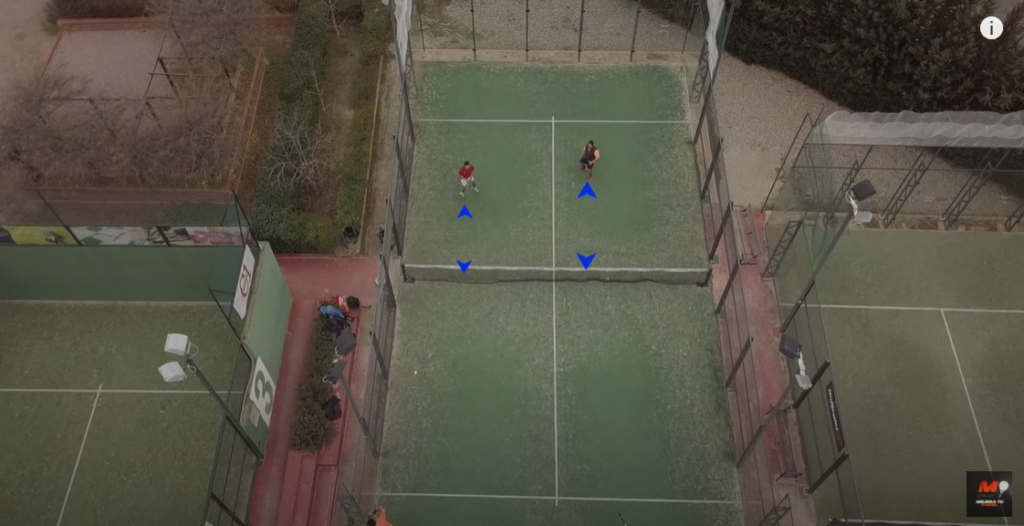 The player who commits will have to join his buddy in order to attack. But beware ! It is not about being stuck to the net.
In the video we offer, Manu Martin strongly recommends that the player who served be a little behind his teammate in case the opponent lob in the diagonal, which will allow him to play the ball live and return to the net with, for example, a bandeja.

When a player goes to return the ball, his opponent who is in front of him in the parallel must be a little more advanced than the player who is playing in his diagonal.

While it seems logical, our position to defend will naturally be based on where the ball is.

Let's continue with our diagonal play diagram.
When a player defends he will be at the baseline near his last side window, in his corner. 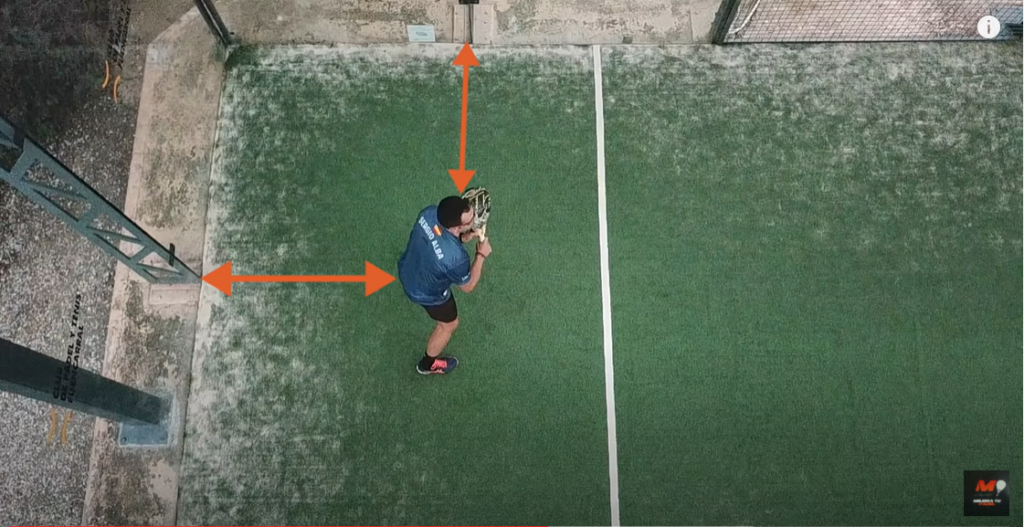 As you can see, we can imagine a square, and see that the player is positioned in the angle of this said square.

For our teammate who is not playing at the time, he will always have to place himself in the defense zone but more in the center to cover the central zone if necessary.

This is defined by the fact that attacking players are forced to come down in defense following a lob for example.
The question we have already been able to ask ourselves is of course, what should we do? Both of you go back down? or that it is only the one who must play the ball while the other retains his attacking position.

We agree that when we start, it is better to go down to two, the pair must position themselves together and adopt an identical placement all the time.

For much more experienced practitioners, they can carry out another strategy by playing on different positions, for example leaving one in the defense zone.

It can also be useful if a player is put in the fridgeIf he stays in defense and leaves his partner at the net, he risks hitting more balls since his teammate will put some pressure on the opponents. This obviously only applies if the player remaining at the net has a sufficient level to represent a certain threat. 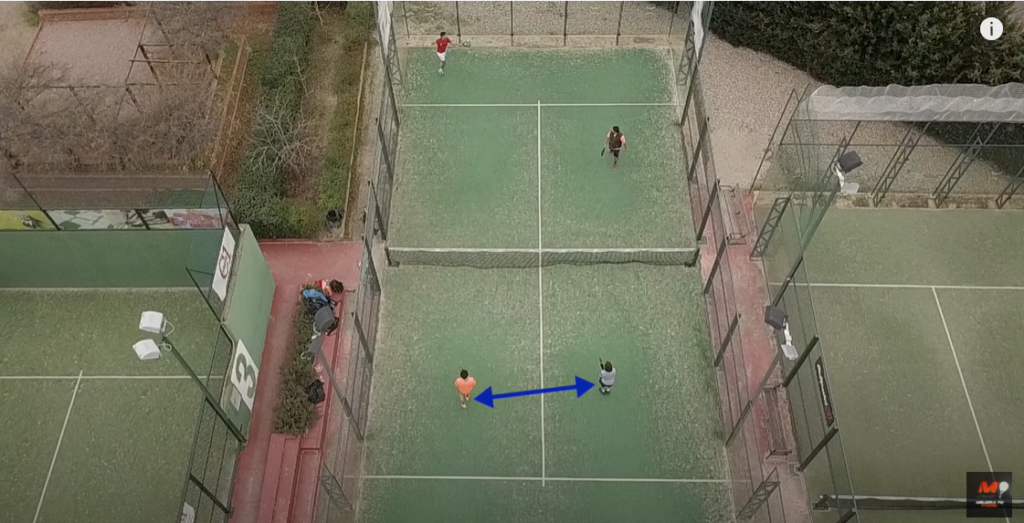 It is important to remember that you have to pay close attention to the prohibited area. Also called the transition zone, it is located between the attack and defense zone.

You should absolutely avoid playing in this part of the field when you start, because it is an area where you risk being played in the feet and losing a lot of points.
Only practitioners with a certain level can afford to play in this “forbidden” rectangle and to feel comfortable there. 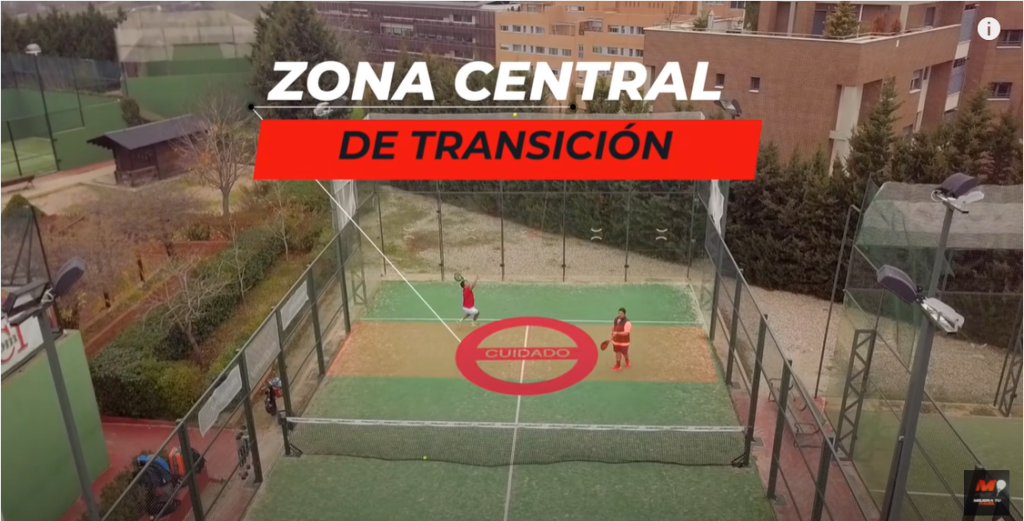 We hope that you will find answers to your questions in this article and for more details we leave you below the video of Manu Martin, in Spanish, with English subtitles: