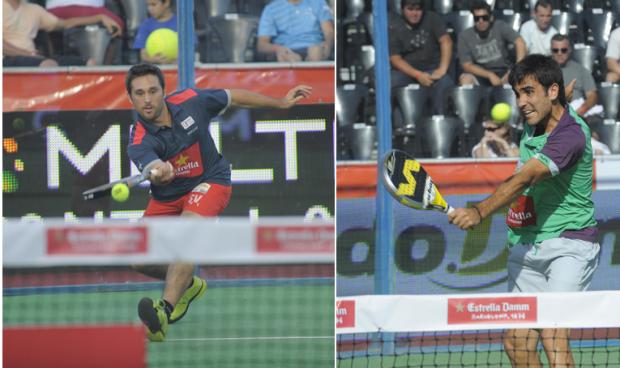 Padel Magazine - We will have an unexpected and yet so desired final by discerning spectators of padel. The WPT Villa Carlos Paz will once again see Juani Mieres and Pablo Lima opposed to Cristian Gutierrez and Matías Díaz, in a match that promises…

To get there, it took first in the first match of the evening that Gaby Reca and Seba Nerone bow. Done, the Princes having beaten them 6/1, 7/5.

The second match of the evening saw a rather unprecedented confrontation at this stage of the competition with Cristian Gutierrez and Matías Díaz opposed to Tamame - Cepero. The underdogs have never really been able to do much against unparalleled defenders Cristian and Matias.

This Sunday from 17: 30 hours, we will have the right to a show that will certainly be beautiful and exciting between Lima - Mieres VS Gutierrez - Diaz for the title of the International Open Villa Carlos Paz. This will be the fourth final between the two pairs, and until then advantage to the princes (2 to 1).