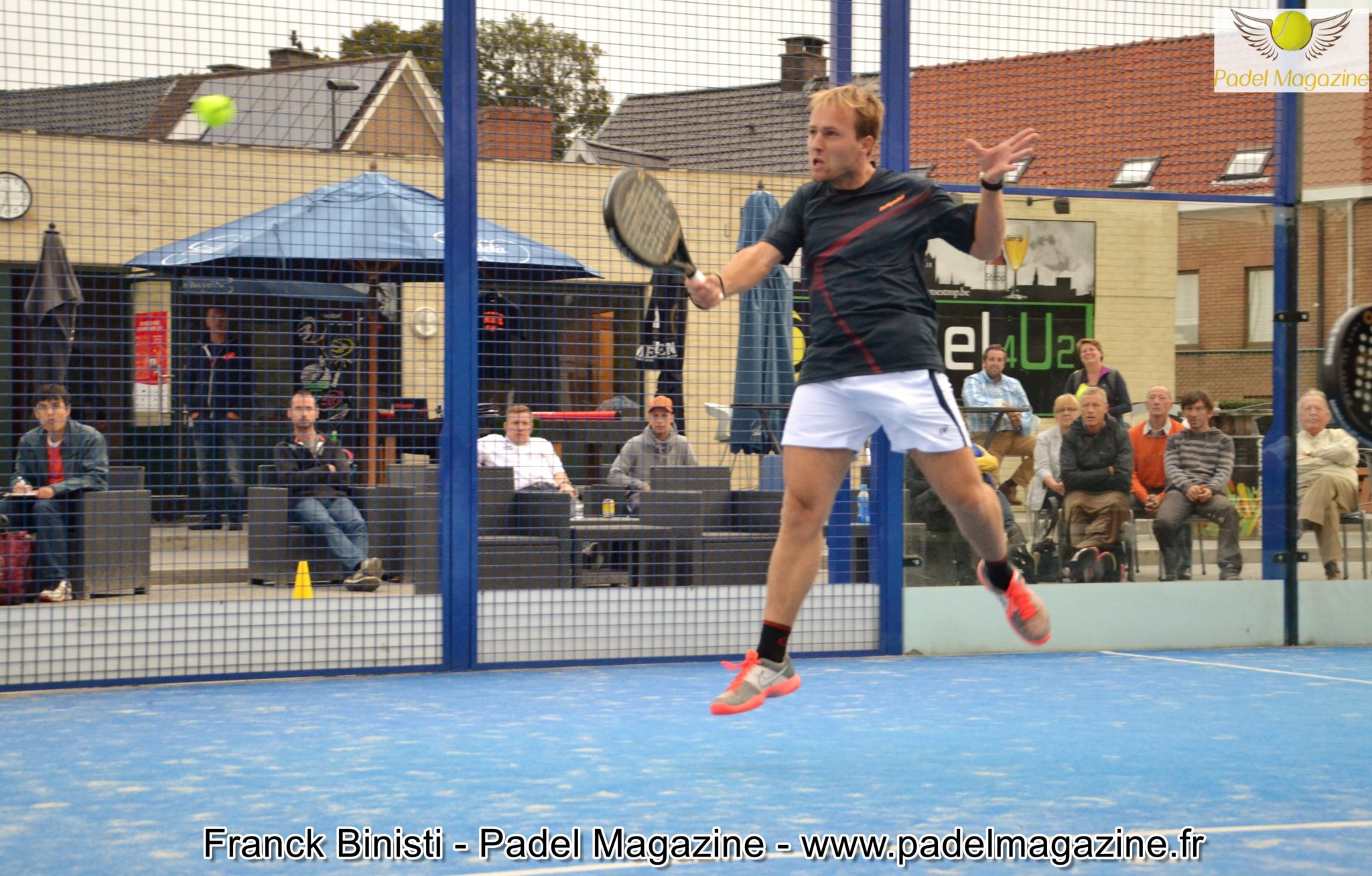 Padel Magazine - The qualifications for the world championships padel by team started since 17 p.m., after 3 hours of brawl, Belgium ended up winning its two matches against England. The Rochus Christophe - Witmeur Alec pair (Belgian pair n ° 3) win in 3 sets (3/6, 7/6, 6/2) and the Belgian team 1 Montoisy Laurent - Moretti Gérald wins rather easily in two sets 6/3 6/2.