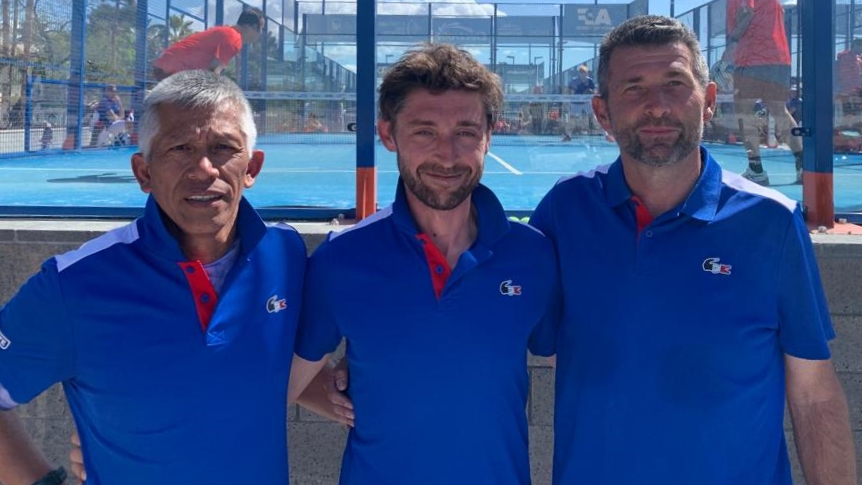 Olivier Launo and Jean-Marc Lagloire create a small feat at the world championship padel which is currently taking place in Las Vegas. They win the first French point facing the spanish ogre.

Facing them big names in the padel Spanish namely: Oscar Not and Carlos Almazán.

Óscar Not is far from unknown in Spain: number 2 in the Spanish ranking 3 times, vice-world champion in 1992 and 1994, European champion in 1995, 7 times champion of Catalonia...

As for Carlos Almazán, he is a former top Spanish player of the 90s with many victories in Spanish tournaments.

The captain of the France team, Jean-Thomas Peyrou still does not believe it: “Spain was already quietly victorious against France. And Olivier and Jean-Marc had a great match against legends of the padel Spanish with this victory in 2 sets 6/3 7/6".

Make no mistake about it, very serious things are starting now since Spain has Jordi Munoz, Willy Lahoz, Nacho Gadea and Enric Sanmarti in its ranks. And the captain knows that this victory could be the last: “Our over 55s did the job wonderfully. There was a small hope in this first match. But I'm afraid things will get more complicated for the next matches.".