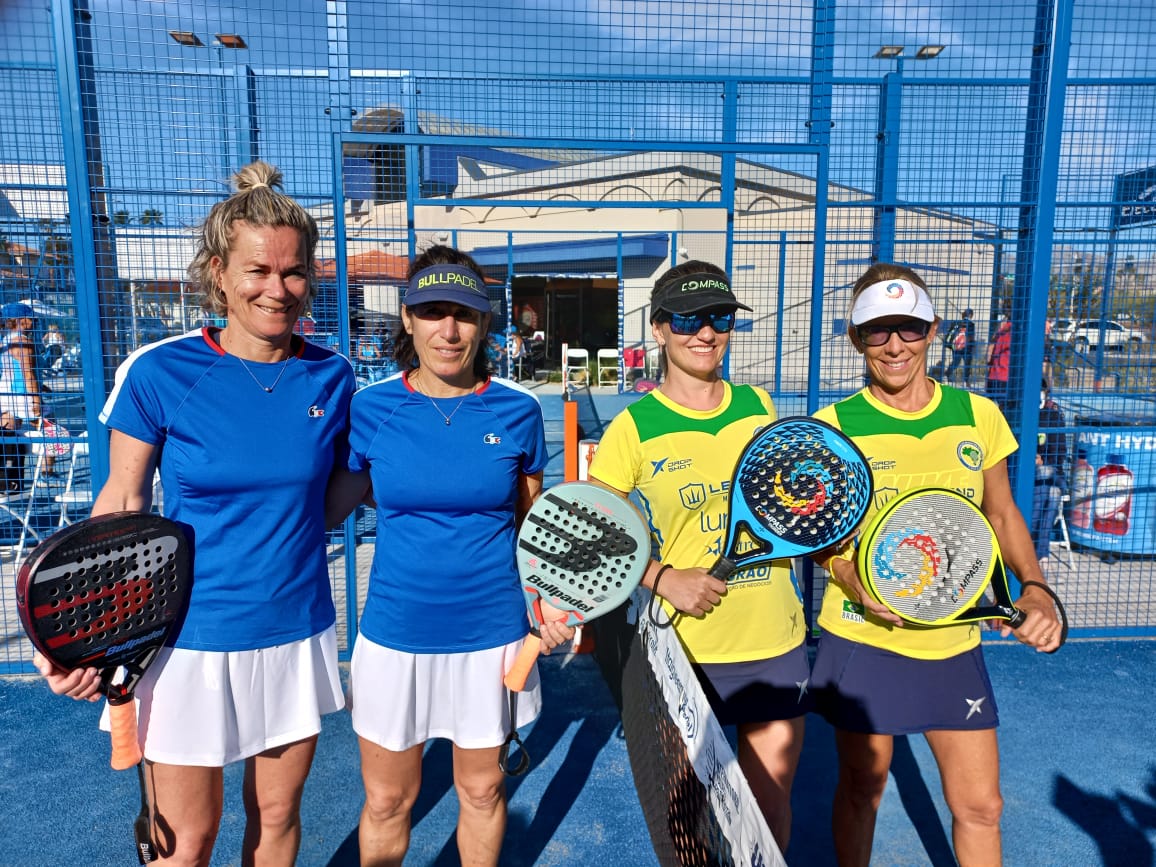 In a cutthroat match, since only the winner of the match obtained a place for the 1/4 finals, the French won with the score of 3-0!

What control on the part of the tricolors! The pressure was at its peak during the preparation for this match which already looked like a “final” for our Blues. As said after the game against Spain, there was no more room for calculations. It was necessary to give everything on the ground and to respond present to accomplish the initial objective launched by the coach Line Meites, who was to get out of this “chicken of death”. Well the French did it, and brilliantly!

The blue ones received 3 out of 3

In the first match, which appeared to be a way to revive the blue machine which was somewhat jammed against an imperial Spain, Emmelien Lambregts and Geraldine Sorel did not go into detail. Determined and playing with the rage to win, the girls directly took the measure of the match by not letting Vanessa Kidricki and Daniela Gonzalez breathe.

Behind, it was perhaps the most important match, since he had the possibility of restarting the match, and leaving a last hope to the Brazilian team which could have snatched a decisive third match. Yes except that today this match was the tricolor match. In this category +40 years, it's the pair Catherine Lalanne – Amélie Detriviere which was lined up, and which faced Mariana Altmeyer and Cristiana Telles. The pressure was significant on the 4 shoulders, but it seemed lighter on those of the French women. By their mastery in the hot moments, the Blues were up to the event and went to get this important victory in 2 sets.

The euphoria subsided, it was still necessary to play this third match which no longer had any importance since France had already won the confrontation. But it is to their credit thatAudrey Casanova and Marie Lefevre largely dominated Aline Jordao and Camila Hahn, who were inevitably a little disappointed to be eliminated from the quarters. In any case, we salute the seriousness of the tricolors who, regardless of the match, play with their hearts and give their all on the pitch.

See you in the quarter-finals against England

The goal achieved, now it's a new competition that starts in Las Vegas with the start of the final phase of these world senior +. France who finished second in their group will have to cross swords with Great Britain, who, crowned with her status as the first in Group C, should be a very tough opponent for our Blues.