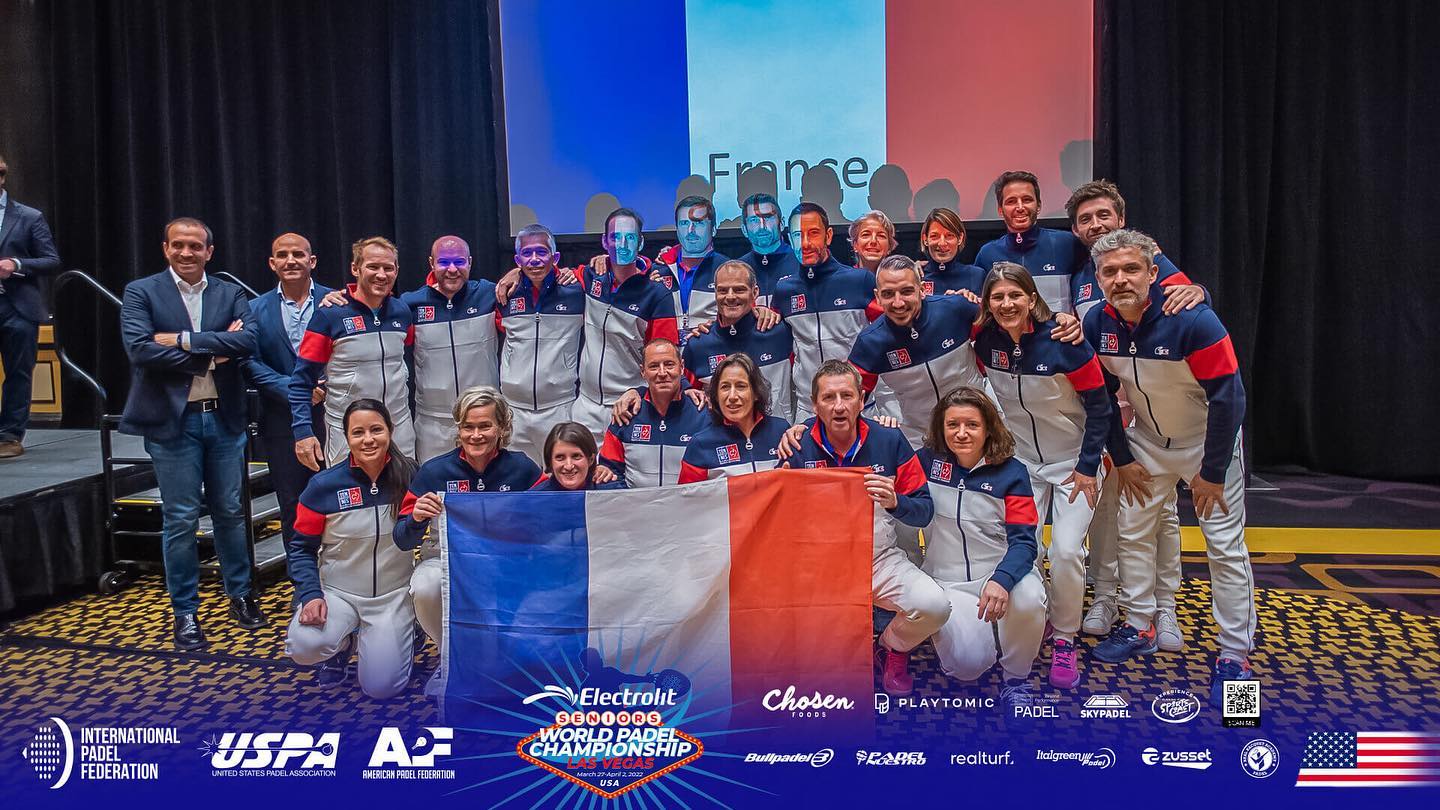 Huge disappointment for the French who were beaten at the gates of the final 2-1 by a very good team from Italy. Rendezvous against Sweden for the small final of these senior world +.

We expected a particularly balanced meeting between France and Italy. And we were not disappointed. This confrontation had everything of a Hollywood thriller, in which each point had its importance at the time of the final count. In addition, to make matters worse, there was a chilling issue since the winner won a place for the final of these senior world +.

In this small final before the hour, Italy manages to pass on the wire…

A Super Tie-Break that does not only bear the name

From the first point of the 1st match between Geraldine Sorel and Emmelien Lambregts à Manuela Savini et Roberta Zandarin, there was this rather heavy atmosphere which weighed on the meeting. Unforced errors, missed smashes… This kind of latent anxiety seemed to prevent the two teams from being able to play completely relaxed. And very easily, one could guess that the victory would go to the side of the team which would “liberate” itself first. Unfortunately, it was the Italians who had this click in first and who pocketed the first set with the score of 7-5. And yet in the second set, it is as if it were another French team on the court. Clear, sure of their game and aggressive, the Blues stuck a bubble (6-0) to their opponents without shaking. EVERYTHING was going to be played out in this super tie-break…which didn't go the way of the French women.

The second match was of great importance for the girls. Win or die summed up the mindset ofAmelie Detriviere and Catherine Lalanne who were literally on a commando mission to save the team. On the other side of the net, Annalisa Bona and Tiziana Giordano had in mind to win the victory synonymous with a ticket to the final of these senior plus worlds. Yes, except that as mentioned before, Amélie and Catherine were in no mood to let the Italians take the victory wagon. Not wanting to know anything and having imposed their game throughout the match, the girls imposed themselves with style.

Then came the final confrontation. Yes the final, because this third match was decisive since the pair that was going to win it was going to reach… the final of the competition! A sudden death, which guarantees you (or not) to be able to leave with a medal around your neck, with the feeling of accomplishment. In this climate of extreme tension on both sides, the time was no longer for laughter or relaxation, but for maximum concentration.

Audrey Casanova and Marie Lefevre on the one hand, Sara D'Ambrogio and Alessia La Monaca the other. There it was no longer a simple game of padel, the competitive aspect, the context as well as the surrounding environment took on all their importance. In this game, it was the Italians who came out alive and it was France who died suddenly.

All is not over for as much for the Blue ones!

After this very big disappointment, we will have to remobilize because France will still have the opportunity to fulfill the objective set by its coach, which is to return medalist of these Worlds. France will therefore play the small final, against Sweden. A great team, but an opposition where France will be in the position of favorite.