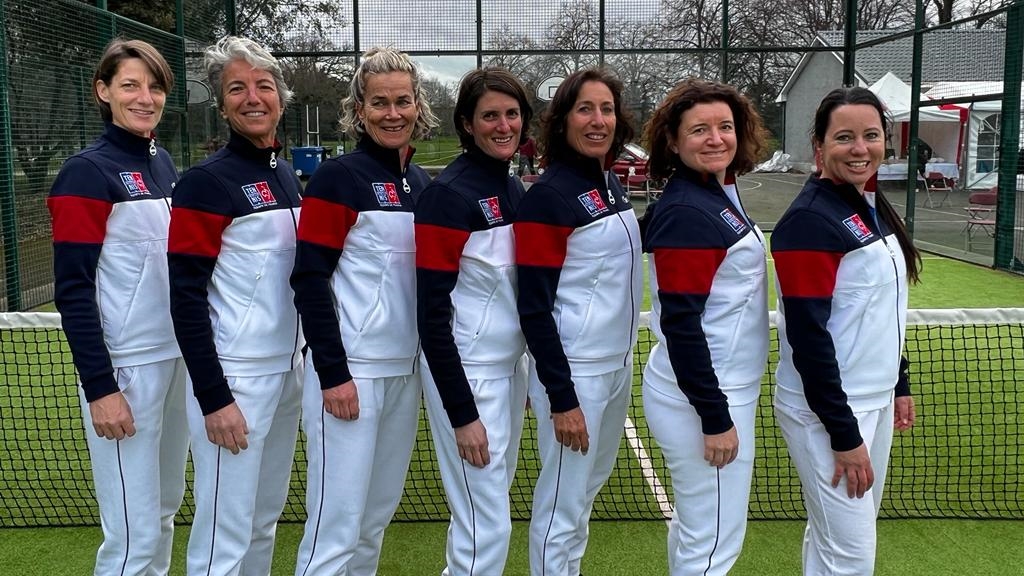 Defeat on the score of 3-0 for our Blues against a Spain which did not tremble in a match which promised to be a potential trap for it. France will have to win against Brazil in the third match to hope to continue to dream in this competition.

La Roja, a notch above

How difficult it was for our French women! Spain were simply ruthless, and although Les Bleues struggled with all their might, the feat was not possible.

The first match in the +45 category opposed the Lambregts-Maignien pair to the Figueres-Montes duo, and unfortunately it was a one-sided match: defeat of the blue on the score of 6-0 6-2.

In the second meeting which concerned the category +40 years, the hour was not any more with the calculations and it was imperatively necessary to be essential to hope to hang a third decisive meeting. And despite remarkable adversity and exemplary fighting spirit, Amélie Detrivière and Catherine Lalanne were unable to find the keys to overthrow Paula Hermida and Isabel Dominguez in a close match. And unfortunately for our French women, the score does not reflect the physiognomy of the meeting:

The third meeting had anecdotal value, in the sense that Spain had already won the match (since they were dominating 2-0). But it was for our Blues to try to save honor, while trying to preserve forces before the decisive match against Brazil. In this particular context, the third Spanish pair, made up of Marta Guallart and Cristina Gomis still won 6-1 6-1 against Audrey Casanova and Marie Lefèvre.

The day was difficult but we will have to get up quickly for the French, since the next meeting promises to be decisive. If the France team wishes to leave the group of death, she will have to consider nothing but a victory against Brazil which won 3-0 against Uruguay and which has 1 victory and 1 defeat like France.