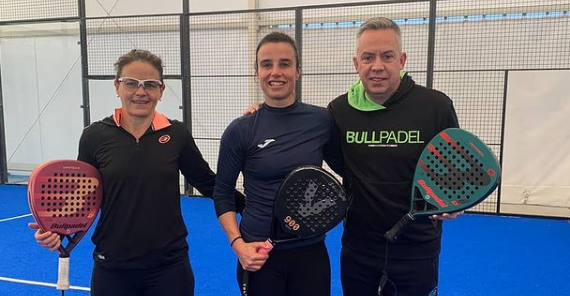 Ana Catarina Nogueira and Cata Tenorio go their separate ways before they even played an official match together on the World Padel Tour !

Definitely, it's a really special start to the season for the girls on the World Padel Tour with a 4th separation before the season has even started. After Bidahorria / Ruiz Soto, Navarro / Carnicero and Paz / Caro Cantin, it's Ana Catarina Noguiera and Cata Tenorio's turn to go their separate ways!

Argentina has it announced on his Instagram account. Obviously the two veterans (42 years for Nogueira, 45 for Tenorio) leave on good terms, they just weren't really compatible on the pitch. It is therefore the paths of the 13th and 27th player of the WPT who separate. We do not yet know with whom these two players, who formed the 8th pair in the ranking will join forces.

For the moment, it is still the vagueness among the players who separated. Indeed, among the 8 players concerned, only Angela Caro Cantin has already registered for the WPT Adeslas Open 2021. She will play alongside Nuria Rodriguez, her former teammate, who has apparently recovered well from her major injury. elbow contracted at the end of last season!