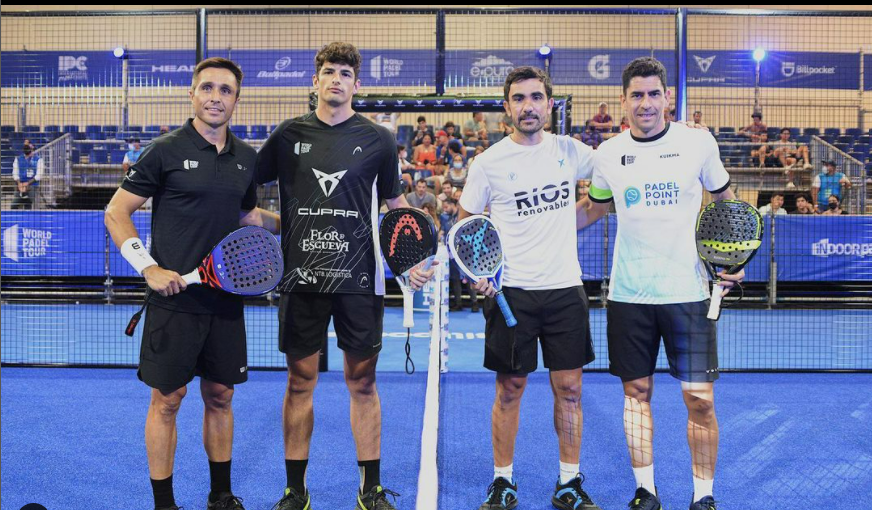 Here we are, the 2022 season of World Padel Tour got off to a good start.

It is through an exhibition in Mexico, and more specifically in Acapulco, the cradle of padel, that some of the best players in the world have brought out their pala to delight the local public.

On the eve of the sixteenth round of the first Open of the year, held in Miami, it was in Mexico that the first hostilities began.
And what better than to play in this city which saw the birth of this marvelous sport which is padel.

Indeed it was during the Expo Mundo Imperial that a commemoration was made to celebrate the 50 years of life of our discipline.

The Mexican public had the chance to see some of the best players on the circuit play, such as Maxi Sanchez, Pablo Lima, Agustin Gomez Silingo or the legend Fernando Belasteguin.

A high quality show for local aficionados who rushed to attend this event.

On this occasion it is the Hispano Argentinian pair composed of'Arturo Coello and Fernando Belasteguin who won this tournament in the final against Pablo Lima and “el Tiburon” Maxi Sanchez.

This event format is an excellent way to publicize the padel but also to allow players to get back into the swing of things after a few weeks of vacation.

Favorite, the Bela – Coello pair showed that they were ready for this new season.

On the side of the players, it is also beautiful people who have walked the slopes of padel from Acapulco.

Of course there was Alejandra Salazar and Gemma Triay, but also the twin sisters Alayeto as well as the very talented Delfi Brea, without forgetting our French Alix Colombon.

Unsurprisingly, it was the two Spanish numbers 1 in the WPT rankings who won on Mexican soil.

The Madrilenian and the native of Menorca did not tremble and we enjoyed during this exhibition.

This year the level promises to be even higher than in previous years and the fight for first place is on.

Defeated by the twins at the Master Final, Salazar and Triay sent a clear message: we are here.