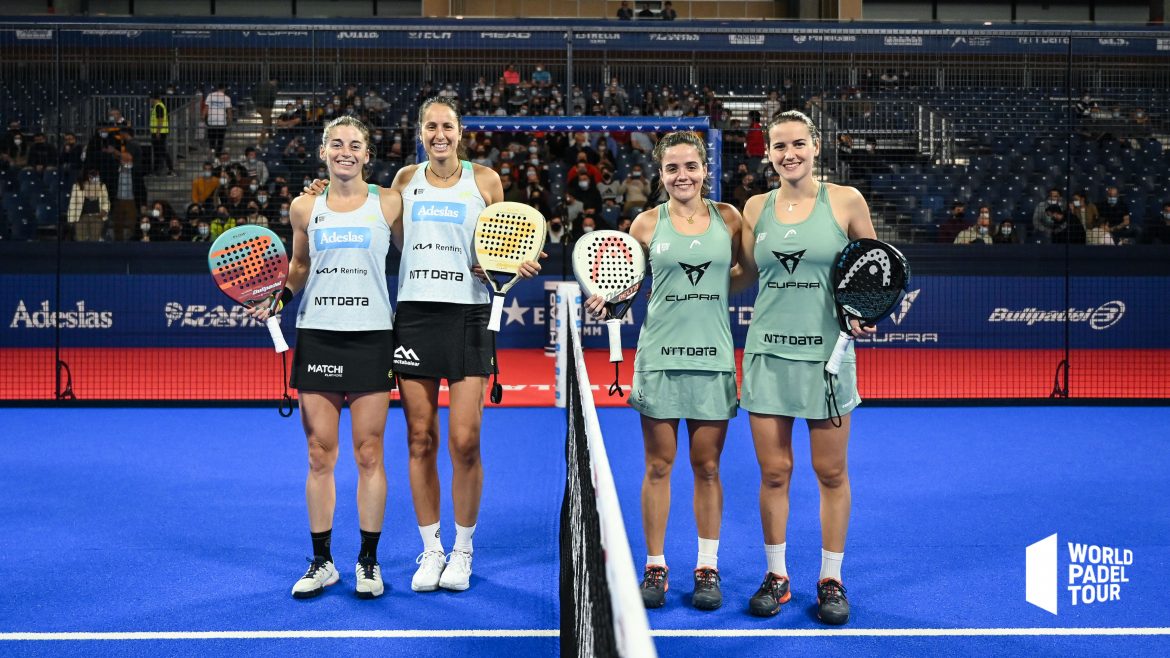 For the fourth time this season we will be entitled to a final opposing Gemma Triay and Alejandra Salazar to Paula Josemaria and Ariana Sanchez.

The first two pairs in the standings leave only crumbs to the competition at the start of the season. Indeed, for the fourth time in as many tournaments, Josemaria/Sanchez and Salazar/Triay will meet in the final in Alicante.

For their return to the last four, Marta Marrero and Lucia Sainz could not do much against Paula Josemaria and Ariana Sanchez. Miguel Sciorilli's players won 6/2 6/3.

In the other semi-final, the always surprising Barbara Las Heras and Veronica Virseda also failed to stem the momentum of Gemma Triay and Alejandra Salazar winning the match 6/4 6/2.

Tomorrow is therefore a new poster between the two pairs which outrageously dominate the padel worldwide among girls to which we will be entitled. Victorious in Vigo, will the numbers 2 be able to do it again against a pair that they had never managed to dominate in a final so far?