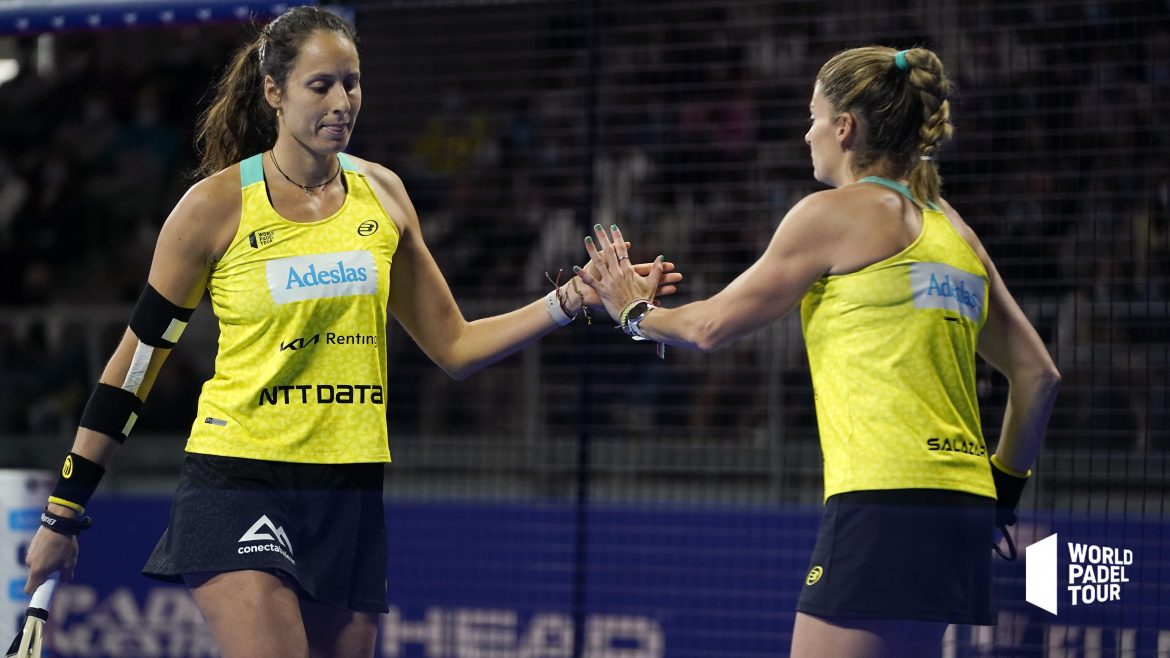 Gemma Triay and Alejandra Salazar won the final of the World Padel Tour Alicante Open. They won their third title of the season.

Le fourth clash in the season finale between the first two pairs in the standings gave us a very interesting match, with turnarounds, suspense, and an excellent level of play.

Gemma Triay and Alejandra Salazar had started the meeting with a bang, but their runners-up in the standings were able to turn their backs and they began to impose their game from the start of the second round. Rewarded for this renewed energy, they stuck to a set everywhere and offered a third set to the public who came in large numbers.

The deciding round saw a new change in dynamic, with number 1s leading 5/0 and looking like they were heading for the title. But Paula Josemaria and Ariana Sanchez were not let down and they started to catch up. At 5/3 Ovide's players offered themselves a match point on a "decisive point" but after a reading error by Alejandra Salazar, who thought that a ball from Ari Sanchez was a fault, the numbers 2 broke once again and seemed able to return to equality. But those who are at the top of the ranking showed that they had a foolproof mind and despite this setback, they finally ended up taking their revenge on the pair who had beaten them in Vigo.

Now for the men's final, to follow on World Padel Tour TV.