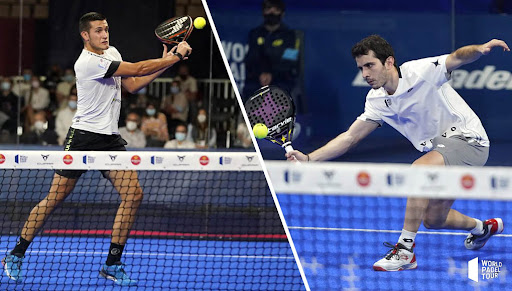 Arroyo / Berganini, one pair recently formed and who hoped to play the troublemaker in the main draws of the tournaments of World Padel Tour.

However, this does not go as planned. Although the two players seem complementary on paper, the mayonnaise is struggling to take. It's simple, out of the three tournaments they have played together, the two men have a record of one victory for three losses. Eliminated in the first round of the Alfafar Challenger, and as soon as they entered the Menorca Open competition, the Brazilian and the Spaniard wanted to recover in Córdoba.

But that was not really the case… After a victory in three sets in the first round of the previas against Gutiérrez / Bénitez, they lost in the following round against Garcia Mora / Raul Marcos. An unworthy debut for these two players who are respectively 49th and 50th in the ranking.

We can see that a tall left player with a powerful smash and a precise and creative right player do not necessarily form a winning pair. The beginnings of a pair can be complicated at padel, you have to get to know your partner's game so that the complementarity takes place and the results follow.

Hopefully for Lucas and Alex that they will get there soon.