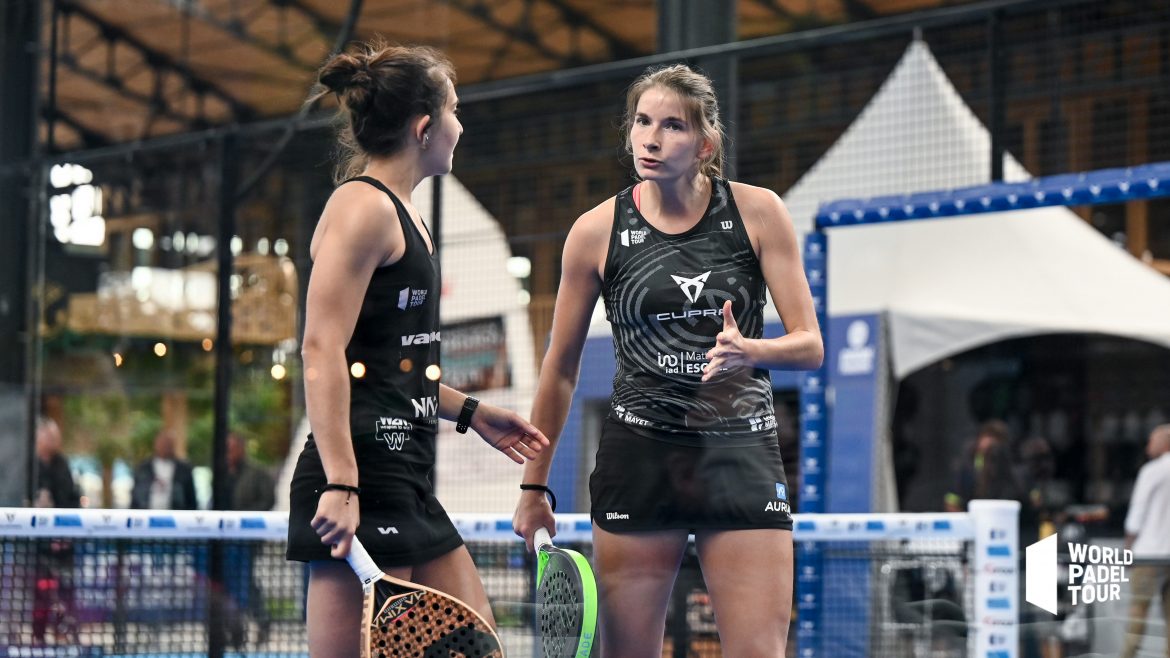 Arrivals in great shape this Thursday morning after having somewhat saved their strength in the round of XNUMX, Alix Collombon and Jessica Castello delivered a very big fight to eliminate the seeded 4 of this Brussels Open.

Indeed, against Tamara Icardo and Delfi Brea, who were making their debut today in Belgium, it was a constant battle that was played out. If the Franco-Spanish pair picked the players of Gaby Reca cold in the first act, those who were favorites on paper were able to come back to score to offer a third set to the Belgian public.

The decisive round was very tight, with break options on both sides, but it was finally Alix and Jessica who managed to clinch the final victory. A success acquired mentally (6/3 4/6 6/3) which allows the Frenchwoman and her partner to afford a third quarter-final this season on the WPT. It will be either against one of the surprises of this beginning of the season, Mesa / Jensen, or against veterans Lucia Sainz and Marta Marrero (You can follow the evolution of the score of this meeting now via the Marker).

Whatever happens today, tomorrow Castello and Collombon will have what it takes to qualify for a first career semi-final on an Open or Master of the WPT!

Remember that for those who would like to see the men's round of XNUMX live, this is happening on World Padel Tour TV.