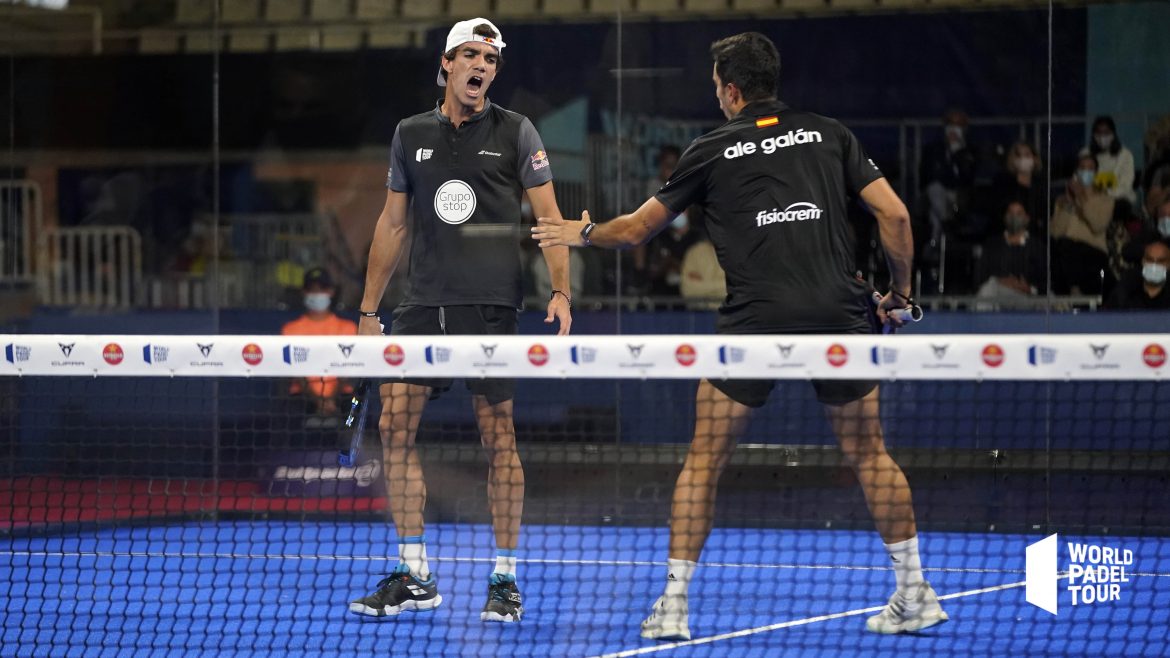 If all the favorite pairs of this Buenos Aires Master will be at the rendezvous of the quarter-finals today, the numbers 1 did not go far from elimination.

Seeing that Ale Galan and Juan Lebron were pitted against Agustin Gutiérrez and Javier Barahona, respectively 43rd and 55th in the WPT standings, it was thought that the No.1s would once again make short work of their opponents.

But that was not the case ! After a first set in favor of the recent world champions, the underdogs, encouraged by the public of La Rural, won the second set 6/4, before leveling off with Jorge Martinez's players in the third set. In the decisive game, the favorites let go of the horses to win 7 points to 4. A victory in the form of a warning for those who have already won 6 titles this season.

Today, the numbers 1 will once again not have the favor of the public in the enormous shock that awaits them against Fernando Belasteguin and Arturo Coello!

The other quarter-finals, which are played between seeds, are also very popular. We will have: A.Ruiz / Stupaczuk vs Chingotto / Tello, Di Nenno / Navarro vs Capra / Sanchez and Gutiérrez / Tapia vs Lima / J.Ruiz! That very heavy!

For those who would like to take a look at yesterday's summaries, it goes right below: