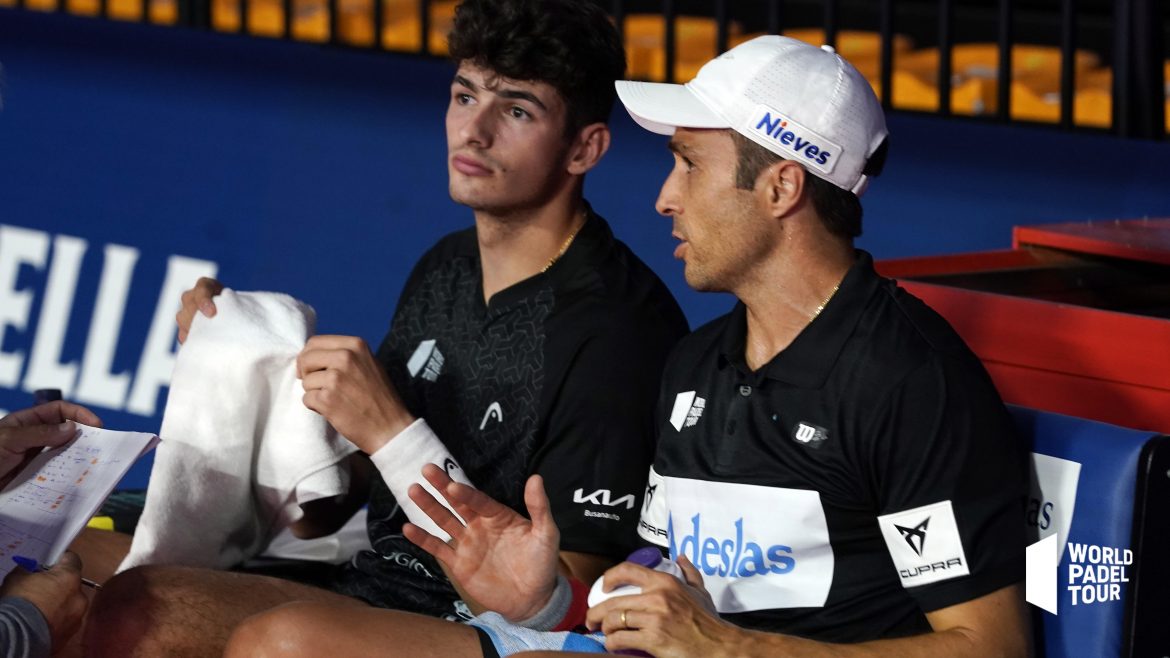 We were waiting for these two new pairs impatiently and they both bowed for their entry into contention at the WPT Menorca Open.

The round of XNUMX of World Padel Tour Menorca Open offered their share of surprises for the men with the defeat of the seeds 6 and 7 as soon as they entered the running!

For their first official match together, Fernando Belasteguin and Arturo Coello had started well but they finally lost to the number 9 pair of the WPT: Gonzalez / Rico. The Spaniards won 2/6 6/4 7/5 and inflicted their first defeat on the Bela / Coello pair.

Similar starts for Javi Ruiz and Pablo Lima who also had a difficult draw. Indeed, it is Miguel Lamperti and Miguel Yanguas who presented themselves in front of them. After losing the first set, the Argentinean and the young Spaniard moved up a gear to win 3/6 6/2 6/3!

Bela / Coello and Ruiz / Lima will now have to work hard to reach Cordoba in two weeks!

Unlike these two pairs, Juani Mieres and Mati Diaz had a very good entry into the competition with a 6/3 6/4 victory against Botello / Moyano!

Overall the day was marked by a large number of matches in three sets as you can see HERE !

For the match summaries, it's just below: