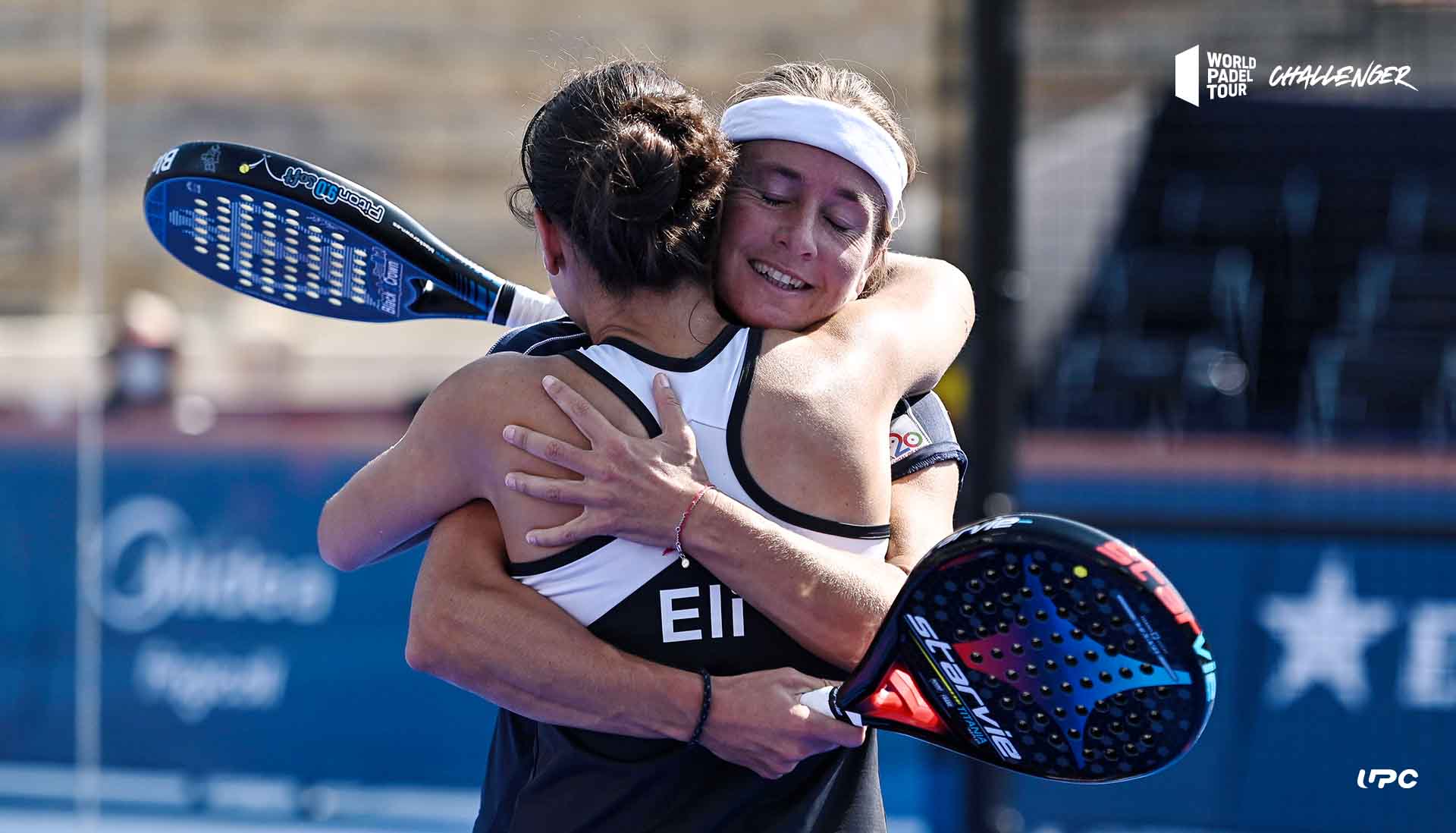 Eli Amatriain and Carolina Navarro win the World Padel Tour Calanda Challenger thanks to their victory in the final against Alix Collombon and Jessica Castello.

Le second title of Alix Collombon and Jessica Castello on the World Padel Tour will have to wait. Blame it on Eli Amatrian and Carolina Navarro who delivered a solid performance to win in the 6/4 7/6 final. The veterans take their revenge against the pair who beat them in the semi-finals of La Nucia.

The number 1 seed of this Calanda Challenger will have demonstrated control in hot times. In the end, Eli and Carolina won their first title together, deserved because they will not have lost a single set of the competition.

Alix and Jessica will inevitably have some regrets, they who led 5/2 in the second set. Despite this, the Frenchwoman and her partner can be proud of the path accomplished with this third consecutive final on the Challenger circuit.

This should allow them to build up their confidence before they leave. entry into contention Wednesday at the Cascais Master.